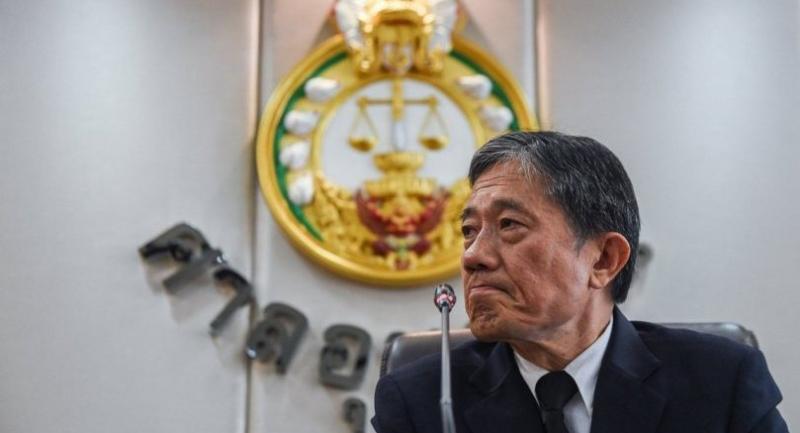 APPEALS COURT president Sirichai Wattanayothin, who announced his resignation after being demoted to an inactive position, has urged Prime Minister Prayut Chan-o-cha to look into the nomination for the top job in the judicial branch.

Sirichai, disappointed with the recent reshuffle, said yesterday that he had resigned from his post and from the civil service after being offered the unprecedented position of “adviser to the Supreme Court president”. The position was created specially for him after he failed to get nominated as Supreme Court president.

He said he would not take legal action against the process or the Judicial Commission but would make a plea through the media to the public and the National Council for Peace and Order (NCPO) to witness the treatment meted out to him and decide for themselves whether it was fair.

He said he did not want to damage the judicial institution and could accept what he was facing despite the pain. But he said he felt sorry for his parents and family whose reputation might be damaged because of the scandal.

Sirichai said he could not accept the position of adviser because it was not equal to the post of president though the commission claimed that it was. He also said it was a position created just for him and it could be unlawful.

Sirichai’s bid for Supreme Court’s top position ended when the Judicial Commission ruled unanimously, 14-0, that he was not appropriate for the post.

In a press conference, he said there had been complaints against his decision to reverse three drug-dealing cases which had resulted in the defendants getting punished.

He said he had testified before the commission and insisted that he had followed legal procedures, but its decision against him remained unchanged.

Witnesses who gave evidence against him were all people who had been affected by his decisions in the past, Sirichai said, adding that he had removed several officials from office due to malfeasance.

He said that after failing to get nominated as Supreme Court president, he had tried to remain in his post as was the usual practice, but the commission offered him the unprecedented advisory position instead.

Although he gave up and resigned, Sirichai hoped that Prayut, who has special powers under the Article 44 of provisional charter, would look into the nomination process of the judicial branch.

Judges across the country |‘concerned’

The treatment meted out to him had caused concern among judges nationwide and shaken up the nomination tradition, which had long been based on seniority, Sirichai said.

Sirichai declined to say whether his situation was the result of the on-going political divide in the country and insisted that he had done his duty in a straightforward manner and he had no political ambition.

The press conference yesterday was joined by dozens of judges and judicial officials who offered pink roses and moral support for the former court president.

After he was recruited as a judge, Sirichai’s career grew over the years, starting from serving as a judge and a chief judge for several provincial, regional, and central courts, including Nakhon Sri Thammarat, the Civil Court, and the Appeals Court.

While serving as a senior judge, Sirichai was appointed to the Supreme Court's Criminal Division for Holders of Political Positions to rule on several high profile cases. These included the malfeasance charge against former Prime Minister Somchai Wongsawat and four defendants over a case concerning a violent crackdown against People’s Alliance for Democracy protestors in 2008, and the negligence charge against former Prime Minister Yingluck Shinawatra over alleged corruption in the rice mortgage scheme.

While serving as Appeals Court President, he introduced a new approach to reduce cases accumulating at the court. In 2016, the Appeals Court under his lead, won the award of excellence among high courts.