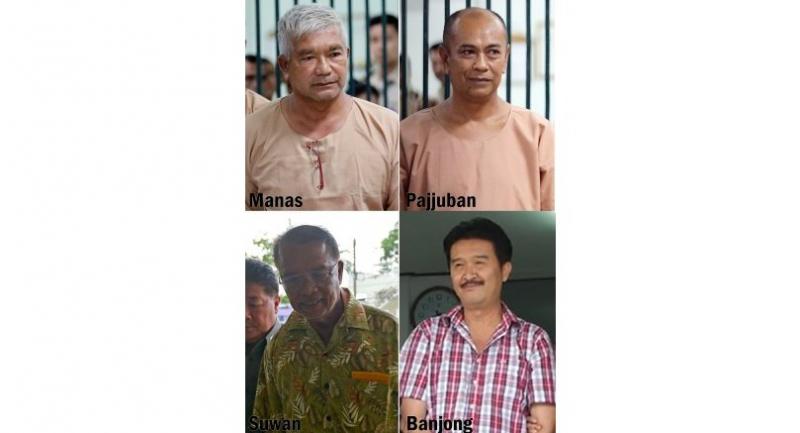 THEY were once highly-successful figures in the community, but now they are scorned human traffickers.

Their role in the trafficking of migrants has destroyed their reputations and their lives.

Had Manas not been involved in human trafficking, he could have still enjoyed a remarkable military career.

After Manas joined the Army, he steadily climbed the career ladder getting regular promotions. But in 2010, he was posted to Ranong province where he met Suwan – who ran a legitimate seafood trade in the open, but was involved in human trafficking behind the scenes.

There are no details about how exactly the two are connected, but evidence showed that Suwan transferred at least Bt14 million to Manas’s bank accounts.

The transfer records became evidence to implicate Manas in human trafficking that spanned several southern provinces. The victims were mostly Rohingya people from Myanmar and Bangladesh.

Even though Manas was a high-ranking specialist in the Army at the time of his arrest in 2015, he was not granted bail.

Pajjuban was also once so influential in his hometown that he was dubbed the “Godfather of Koh Lipe”.

Pajjuban owned a number of businesses, from fisheries to hotels.

The court found that Pajjuban had used his connections not just for legitimate businesses but also illegal for human trafficking.

Banjong was at the helm of the Padang Besar Municipality for several years until the human-trafficking scandal exposed his dark side.