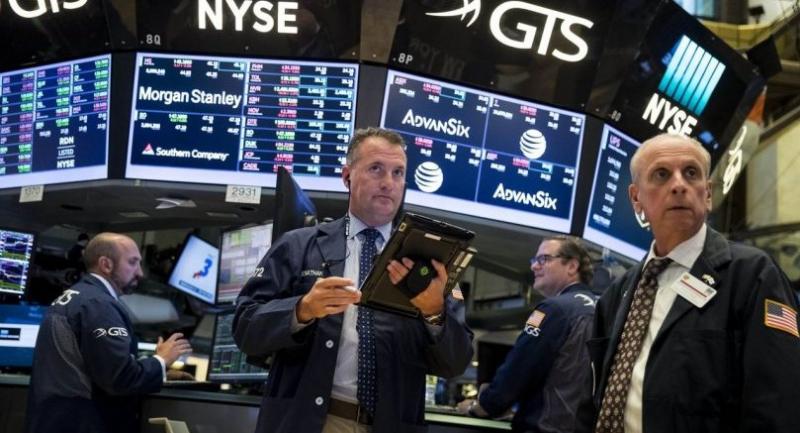 Traders and financial professionals work on the floor of the New York Stock Exchange (NYSE) ahead of the closing bell, July 18, 2017 in New York City. /AFP

All three major US stock indices finished at new records, with the Dow Jones Industrial Average rising 0.3 percent to 21,640.75, edging past a prior record set earlier this month by three points.

Investors shrugged off worries about Washington, where President Donald Trump's agenda has languished amid opposition to the health care reform. Trump on Wednesday urged Republican Senators to revive the bill, despite the fact it failed to garner enough support within his own party.

But earnings growth among companies in the S&P 500 has thus far been "much better" than expected, said Art Hogan, chief market strategist at Wunderlich Securities.

"That is helping the stock market and is the focus this week," Hogan said.

Of the companies reporting Wednesday, Morgan Stanley was a standout, rising 3.3 percent after reporting an 11.4 percent rise in second-quarter profits to $1.6 billion.

United Continental plummeted 5.9 percent despite scoring a 39 percent rise in second-quarter profit to $818 million. Analysts cited disappointment with aspects of its third-quarter forecast.