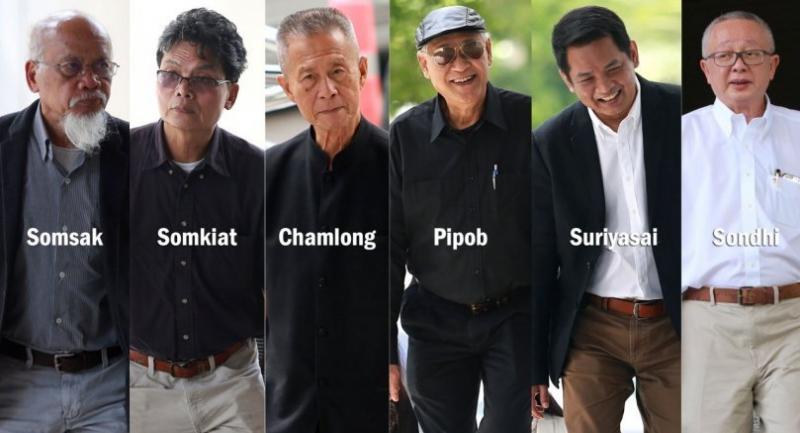 The Appeals Court on Monday ruled in favour of the Court of First Stance and jailed six ex-leaders of the now-defunct People’s Alliance for Democracy for invading Government House in 2008 during protests against the then government.

The court, however, reduced the penalty given to them from jail terms of two years to eight months, citing that they did not act in their own interests or any individual’s interests.

According to court testimonies, the six ex-leaders led the protests against the Samak government in a bid to put pressure on the then premier to resign.

They invaded Government House and were charged with invading a state properties and causing damage.

The first court had sentenced them three years’ jail each before reducing the penalty to two years.

Their lawyers planned to propose bail of no more than Bt100,000 for each of them.

Last week, the group, along with three other ex-leaders of the People’s Alliance for Democracy, faced a sedition charge for their scattered protests targeting several government compounds in 2008.

However, the first court dismissed that sedition charge against the six ex-leaders and suspended for two years the determination of penalties for the three other ex-leaders.

The court cited as the reason for dismissing the sedition charge the fact that the six ex-leaders had already been sentenced to two years in jail term.