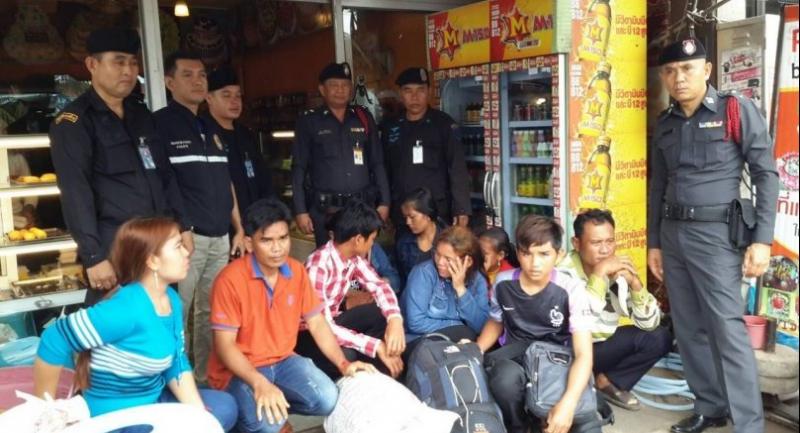 Police have arrested two Cambodian women who run a bakery shop opposite the Rong Klua Border Market in Sa Kaew’s Aranyaprathet district, which is allegedly a front for smuggling illegal migrant workers into Thailand.

During the raid on the three-storey shop at 10am on Tuesday, police rounded up seven undocumented Cambodian workers who were on second floor as they were allegedly waiting to be transported to Yala province.

The investigation found that the three men and four women came from Khampong Cham province in Cambodia and had sneaked into Thailand by climbing a border fence behind the market and then hid at the shop, seeking to obtain construction work in Yala.

The workers told police that an agent had contacted them about the jobs and sent them to the bakery shop, saying he would collect Bt6,500 per person from the workers’ employer, who would then deduct the fee from the workers’ wages.

They claimed they had been told that they could assume other workers’ identities, which would enable them to work in Thailand until the end of the year without being arrested.

The workers were questioned and their information recorded before they were scheduled to be deported back to Cambodia later.