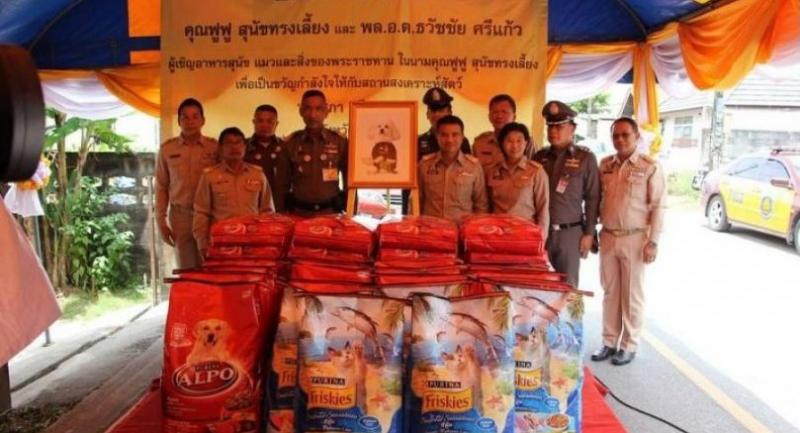 PHUKET: A representative of the Royal Family, as well as a delegation of officials including Phuket Governor Norraphat Plodthong, yesterday visited two animal care foundations in Phuket to donate food and resources.

R/Adm Thawatchai Srikaew flew in on an air force plane and arrived at Phuket International Airport at 10am.

The Soi Dog Foundation currently has about 800 cats and dogs under their care, while Baan Pa Supha has 35.

“His Majesty is concerned about the welfare of stray animals. The Royal Family appreciates the work done by these foundations and is always willing to help their cause,” said R/Adm Thawatchai.

They also expressed their firm commitment to the cause and stated that they would continue to work toward rehabilitation of stray animals in Phuket.