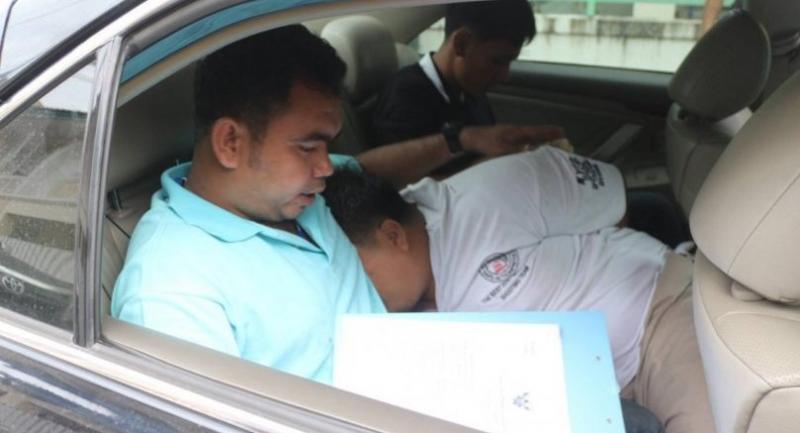 Pathum Thani police have arrested a man who is wanted under 18 arrest warrants issued across many provinces for having deceived victims into giving him a total of more than Bt10 million.

Wanchai Wichitkul, 37, was arrested at his house in an estate in Tambon Klong Sam in Klong Luang district at 11am on Wednesday.

Pol Colonel Sompong Suwanwong, commander of Crime Suppression Sub-Division 6, said Wanchai was under 18 arrest warrants for telling others that he was either a military or police officer who could help them get away with their crimes.

Sompong said Wanchai allegedly demanded that his victims give him money so he could bribe police officers in charge of their cases, but he disappeared after he got the money.

Sompong said the suspect allegedly committed the crimes over a five-year period.