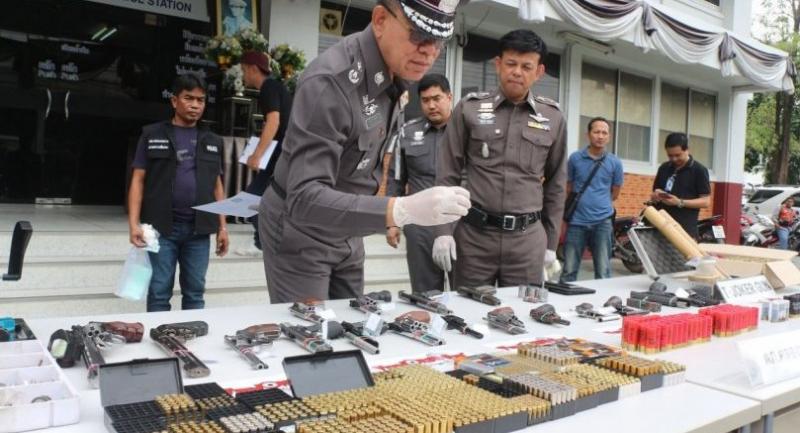 Police, soldiers and district officials raided a townhouse in Pathum Thani on Thursday morning and seized a large number of guns and ammunition after the house’s owner was found to have been selling firearms on a website.

They raided the three-storey townhouse in Tambon Klong Nueng in Klong Luang district at 7am, spending half an hour to search the house and discover the firearms.

Police seized 12 guns and five fake guns along with 1,888 ammunitions, 27 bottles of cough syrup and 4.94 grams of marijuana among other evidences.

Klong Luang police chief said Krissana had admitted he had been selling guns and ammunition via the Internet and also modified BB guns to use with standard ammunition.