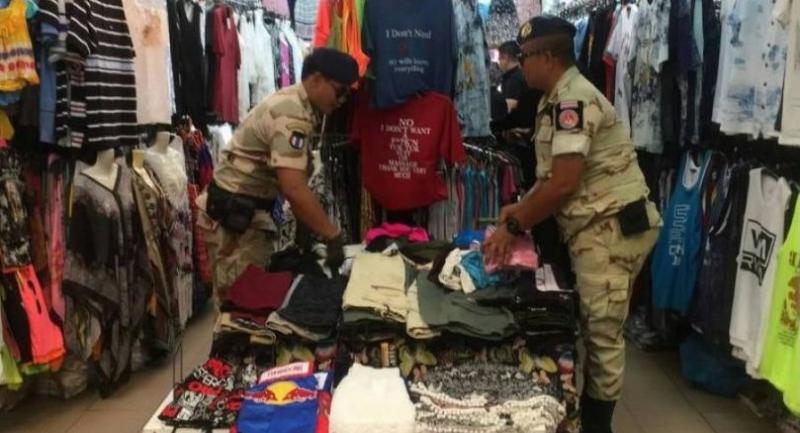 PHUKET: A Patong vendor was apprehended, while two others escaped after police raided the ‘One Tambon, One Product’ (OTOP) market in Patong yesterday.

“Due to the provincial policy of continuously fighting pirated goods, especially in Patong, we decided to inspect shops at the OTOP market, one of the high traffic commercial areas in Phuket,” said Siwach Rawangkul of the Phuket Department of 'Intellectual' Property (DIP).

Surasak Wongsawan, 39, was arrested and charged with selling goods with a forged registered trademark and taken to Patong Police Station for further legal processing.

Last month, police and officers from the Economic Crime Suppression Division (CSD) raided 19 shops and confiscated half a million baht's worth of pirated goods in Patong.

The month before, ten vendors were arrested and about 20 million baht's worth of counterfeit merchandise was confiscated following complaints by the DIP in Bangkok.