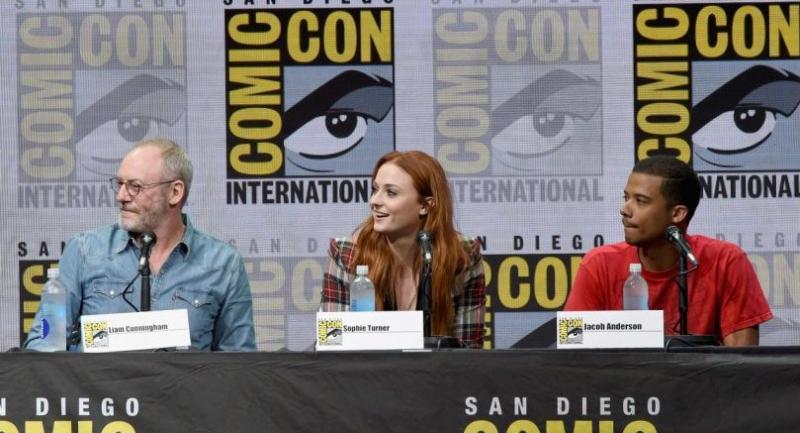 NEW YORK - What if the South had won the American Civil War?

That is the premise behind a newly announced show on cable network HBO that has sparked a heated backlash in a country still grappling with the legacy of slavery and its generational impacts on African Americans.

Unveiled in mid-July, "Confederate" will be led by "Game of Thrones" creators David Benioff and D.B. Weiss, no strangers to criticism over the overwhelmingly white cast in their epic fantasy series that is currently in its seventh season.

It takes place in a world where Southern states successfully seceded during the Civil War (1861-65) and slavery continues to be practiced, as the Confederate States of America gears up for a fresh war against the Union.

Except it's progressives who are up in arms.

"The same guys who have gratuitous depictions of rape & no significant POC characters are going to handle the enslavement of Blacks w/ nuance," tweeted activist April Reign, who created the #OscarsSoWhite hashtag to protest the lack of diversity among the 2016 Oscar nominees.

Wess and Benioff are working with husband-and-wife executive producers Malcolm Spellman and Nichelle Tramble Spellman (known for "Empire" and "The Good Wife," respectively), who are themselves black and have vigorously defended the project that is set to air in 2018 or 2019.

That hasn't deterred a social media campaign aimed at canceling the show, with the hashtag #NoConfederate becoming the top trend on Twitter during Sunday night's broadcast of the third episode of "Game of Thrones."

Questioned by a Twitter user on whether he could see himself taking a role in the series, black actor Don Cheadle replied: "Would depend on the part. As always. But I'm beyond skeptical about the project in general."

Stephane Dunn, a professor at Morehouse College, questioned the premise "given the fact that we still live in a society that still has a white supremacist orientation rooted in itself.

"And there's the other question: is it going to be so revisionist that we don't recognize the American slavery. There might be a sort of... glamorization unintentionally or not," she added.

Asked to comment on the controversy, HBO emailed a statement to AFP that indicated they had no intention of canceling the show.

"We have great respect for the dialogue and concern being expressed around 'Confederate,'" the channel said.

"We have faith that Nichelle, Dan, David and Malcolm will approach the subject with care and sensitivity. The project is currently in its infancy so we hope that people will reserve judgment until there is something to see."

Alternate history series have enjoyed considerable critical success in recent years, including most notably Hulu's "The Handmaid's Tale" but also "The Man in the High Castle" on Amazon and the BBC's "SS-GB."

The last two, which imagined the Nazi occupations of the United States and Great Britain respectively, did not provoke widespread outrage among Jews.

For critics of "Confederate," the question of who gets to tell the story -- both in front of the camera and behind it -- is just as important as the televised portrayal of slavery.

Similar controversy arose around the movie "Detroit," which evokes the city's riots in 1967 and the repression that targeted the black community, as the director and the entire production team are white.

Artist and activist Bree Newsome said the opposition to the show "is not simply issue of history, it's also issue of the fantasy genre being largely limited to the fantasies of white men."