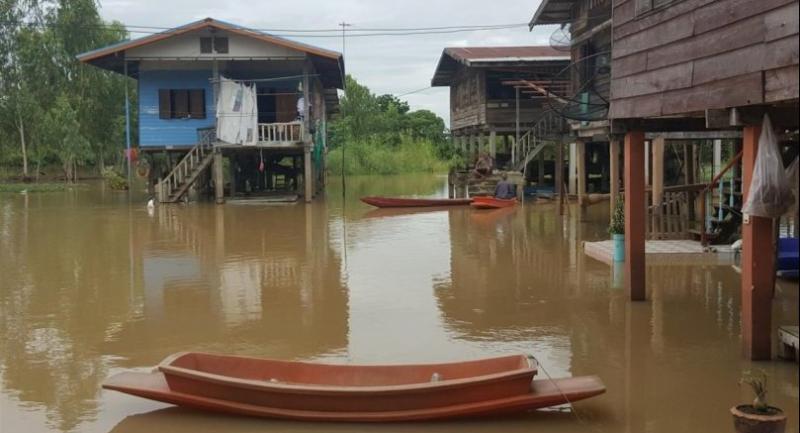 HM KING Maha Vajiralongkorn has instructed the government to follow his late father’s flood-prevention initiatives to ease flooding in the country given the recent disaster.

“The King has been monitoring the flood situation,” Prime Minister General Prayut Chan-o-cha said yesterday during his trip to Sakon Nakhon province, which has borne the brunt of raging floods.

At present, floodwaters have hit 10 provinces, most of them in the Northeast. Flood-related fatalities stood at 23, according to the latest update from the Disaster Prevention and Mitigation Department.

The King has sent relief items to flood victims in Sakon Nakhon, and also had a kitchen erected in the province to hand out free food to affected people.

The King also recommended that the government inspect reservoirs to ensure they were well maintained. The event will be held at Government House from 6pm to 7.30pm with Prayut and Cabinet members answering phone calls from donors.

“Trucks can’t reach some heavily-flooded areas, but jet skis can,” he said.

In Nakhon Phanom province, officials have installed three more large pumps to speed up water flow to the Mekong River. The province needs to urgently drain water or the area will be heavily flooded when run-off from Sakon Nakhon arrives from upstream. In Maha Sarakham province, people were yesterday busy building sandbag walls along the Chi River as overflowing waterways had already caused floods in several areas.