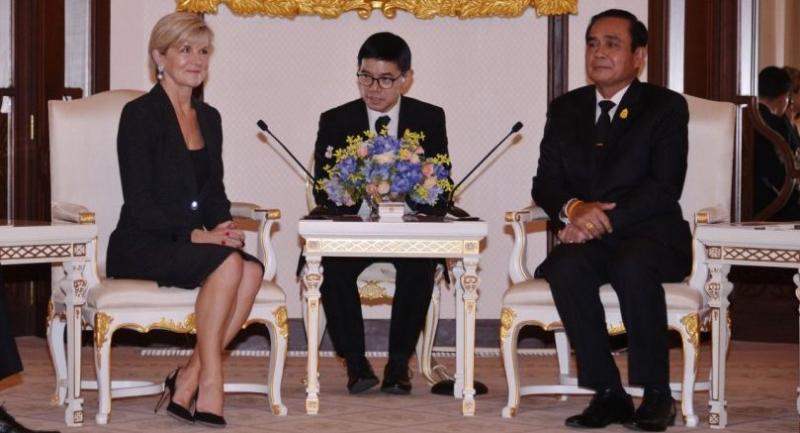 AUSTRALIA HAS reiterated its wish to see Thailand return to democracy and stage an election next year.

“We have heard that Thai people have a say in who will represent them. [During my visit, Thai] ministers spoke of Thai democratic history. Yesterday she met with Prime Minister Prayut Chan-o-cha, who told her his government has been proceeding according to its “roadmap to democracy” and seen gradual development, Deputy Government Spokesman Werachon Sukondha-patipak said.

Australia was among several Western countries expressing concern over the 2014 military coup led by Prayut. The junta seized control of the government and is still in power.

Prayut’s government has always rolled out the road map to reassure the domestic and international communities that it is determined to put the new charter in place and bring elections back to the country.

But the promised timeline has been stretched out at least three times by legal hiccups such as the failure of the first charter attempt and amendments to the second version.

Prayut has said the election should be coming next year, after the royal funeral for King Bhumibol Adulyadej and the mourning for the late monarch are over.

The constitution promulgated in April mandates four organic laws essential for elections to be completed within eight months and the election to follow in five months.

Bishop is stopping by Thailand from Wednesday till today before heading to Manila to attend the Asean foreign ministers meeting as a dialogue partner.

She has said she will underscore North Korea, South China Sea and terrorism issues.

They also discussed support for the innovation and creative industry in line with both the Thailand 4.0 economic initiative and the Ideas Boom strategy of Australian Prime Minister Malcolm Turnbull.

Another topic was the New Colombo Plan, which will bring more than 900 Australian students to live, study and intern here.

The plan is run in 14 regional countries and was launched in Thailand in 2015.

Prayut has extended an invitation to Turnbull as it has been almost two decades since an Australian premier has made an official visit to Thailand.

Thailand and Australia are celebrating the 65th anniversary of diplomatic ties this year.