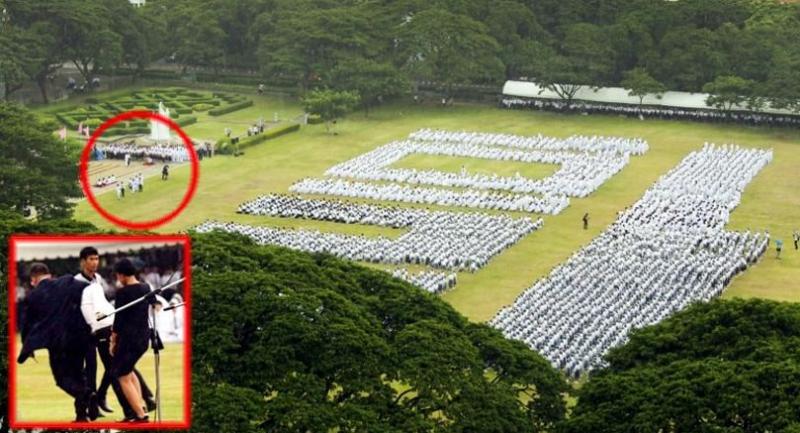 Chulalongkorn University (CU) will launch probes against a lecturer and a prominent student for an “ugly” scene during the annual solemn oath-taking ceremony.

CU vice president Bancha Chalapirom said yesterday that the inappropriate incident took place as the ceremony was held in front of statues of King Rama V and King Rama VI on Thursday.

“We will set up committees to investigate the ethics and manners of the lecturer and Netiwit (Chotiphatphaisal),” Bancha said.

Netiwit was seen leading some students out of designated spots while other participants in the ceremony remained in their rows. There was conflicting information as to whether their move took place after the ceremony had already ended or after a heavy downpour began.

But widely circulated pictures showed a male lecturer had headlocked a student with one arm and dragged him away.

That student was later identified as Suphalak Bumroongkit, a vice president of the CU Student Council. Netiwit is the council’s president.

Bancha said the incident affected the image of CU.

“On Monday, we will have a discussion on the probes,” he said.

According to Bancha, the lecturer who charged at Suphalak was admitted to hospital because of stress and hyperventilation.