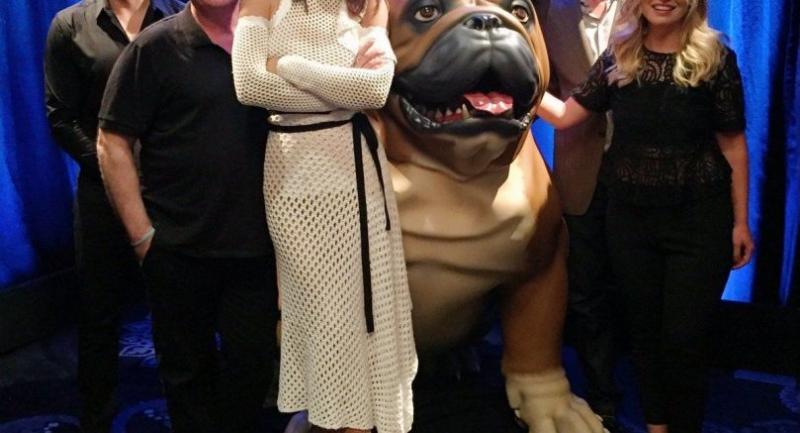 LOS ANGELES - Studio executives hit back at early criticism of the upcoming ABC series "Marvel's Inhumans" on Sunday, describing it less than a month before its premiere as a "work in progress."

Based on an early version of the first episode made available to reviewers, journalists at a Television Critics Association panel in Beverly Hills voiced concerns that the show did not match Marvel's usually high standards.

Among the complaints was the observation that the abilities of Ken Leung's character Karnak were not clear, and that the look of the show did not merit a planned IMAX release.

The criticism came after fans voiced disappointment on social media over the lackluster appearance of Medusa's wig, shown in a trailer which dropped in June.

In the comics, Medusa's hair moves independently of her body and can be used as extra limbs, but detractors have complained that the CGI used to depict it in the live action show just isn't up to the job.

"I can tell you that... the show that you have seen is not the finished product," Marvel Television chief Jeph Loeb told the critics at the plush Beverly Hilton hotel.

"So if you're asking me whether or not it was done, it's not."

The first two episodes of the show -- about a royal family of super-powered aliens from the moon who are exiled to Hawaii -- will premiere as a 75-minute movie in IMAX theaters on September 1, prior to ABC's September 29 television premiere.

Based on characters from Marvel Comics, the series was filmed in Hawaii earlier this year and shares continuity with the movies and other television series of the Marvel Cinematic Universe.

The focus is on the relationship between two brothers -- Black Bolt, played by Anson Mount, and Maximus, portrayed Iwan Rheon, who was the malign, sadistic Ramsay Bolton in "Game of Thrones."

More visually ostentatious than the grittier, more mature Marvel shows aired by Netflix -- such as "Luke Cage" and "Jessica Jones" -- "Inhumans" features a giant computer-generated dog which teleports its masters wherever they need to go.

Serinda Swan, who plays Medusa, revealed that wearing the controversial wig in the heat of Hawaii "felt like a very warm cat settling on my head."

"You put it on and everyone is like, 'You've such good posture, you're so regal.' But no, my head is being pulled backwards," she recalled.

She said "trial and tribulations" were inevitable in getting the wig right.

Earlier in the day ABC Entertainment president Channing Dungey also defended the show, referring to the episode screened for critics as "a bit of a work in progress."

"We are still a month away from final air, but I do feel like there's great opportunity there," she said.