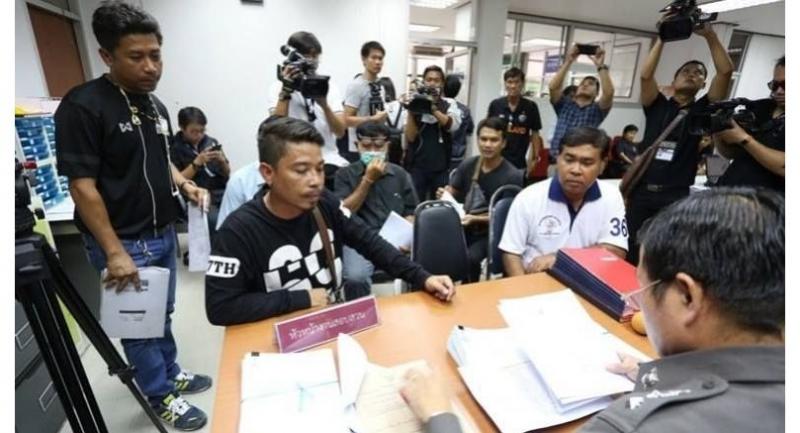 The owners of 21 vans used to transport passengers to the Supreme Court last week to give moral support to former prime minister Yingluck Shinawatra have been summoned by police for allegedly using the vehicles for a purpose not covered by their licence and for not using a permitted route.

Chanakan Prommul, of the VIP Vans Association of Thailand, said the owners of 10 vans had been summoned to appear at Thung Song Hong Police Station on Monday, while the rest would appear at the station at a later date.

The van owners insisted that 19 of them had permission to drive outside regular routes, while two other drivers were not sure and would make enquiries.

They also insisted that they were not involved in politics.

Chanakan said the potential penalties facing the drivers were too severe, with a fine of between Bt20,000 to Bt200,000.

He said penalising the owners would be unfair because they could not ignore people who wanted to use their services.

Lt-Colonel Suban Athiset, Thung Song Hong deputy police chief, said the owners must show proof that they were permitted to drive outside a permitted route and use their vans for that purpose.

Police will investigate further to establish the facts, he said.

On August 1, Yingluck gave her closing statement in her case concerning the rice-pledging scheme, with her accused of dereliction of duty in failing to prevent corruption in the scheme.

The court is slated to deliver its ruling on August 25, when a huge number of Yingluck supporters are expected to appear at the court..