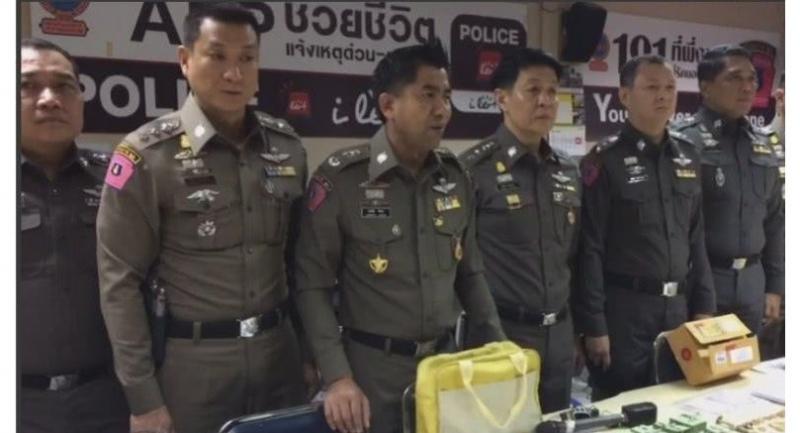 Police arrested two men and seized 944 grams of crystal meth or “ice” and 1.3 kilograms of ketamine.

Police said the third suspect, Panida Yaemkhaya, 26, is still on the run.

Pol Maj-General Surachet Hakpal, commander of the Patrol and Special Operation (191) Division, said Thanakorn and Mana were arrested on Sunday.

Surachet said police had received a tip-off that Thanakorn was a drug dealer, so they obtained a warrant to search his house on Soi Lard Prao-Wang Hin 47.

Police found 19.64 grams of crystal meth in his house and arrested Thanakorn, he said.

Thanakorn said he bought the drug from Panida and was told to call Panida to buy 20 grams of “ice” from her.

Surachet said Mana was arrested when he turned up at Thanakorn’s house to deliver the drugs.

Police then search Panida’s house in Lard Prao but did not find drugs.