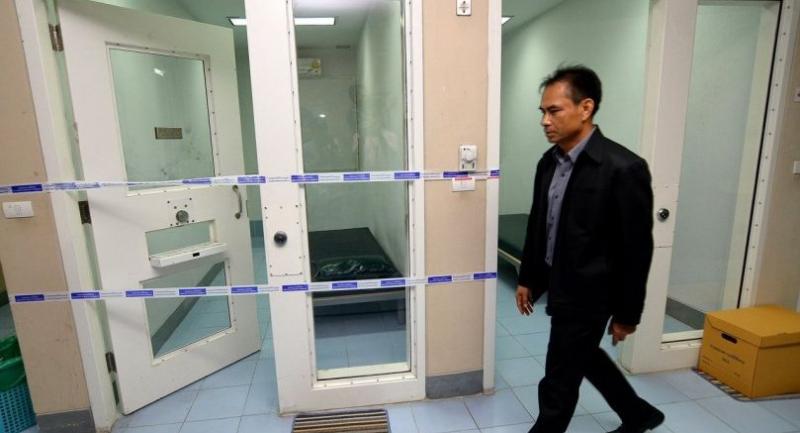 POLICE have assured that they will track down those involved in the death of former Phuket and Phang Nga land official Tawatchai Anukul in a Department of Special Investigation (DSI) detention cell last year and they are ready to open a murder investigation. Royal Thai Police deputy spokesman Krisana Pattanacharoen said on Monday.

“The Criminal Court ruled last Friday that [Tawatchai] was put to death by unidentified person[s] … because this was an unnatural death and a death during state officials’ custody. “It required police to join with related officials in making a report on the cause of death,” Krisana said.

After this, police investigators will probe the death and find who was responsible – intentional or otherwise, he said. DSI chief Pol Colonel Paisit Wongmuang on Monday said the agency was ready to cooperate with Thung Song Hong police. With the exception of one retired person, he said the officials who worked at the DSI at the time of the incident were still with the DSI and could be summoned for information.

The cell where Tawatchai was held had been sealed so no one could tamper with evidence, he said. Paisit said the DSI would let the police do their job and not comment on the case.

Krisana said police investigators were waiting to receive Tawatchai’s case file from the public prosecutor or for Tawatchai’s relatives to file a complaint to open a murder investigation.

Thung Song Hong deputy superintendent Pol Lt-Colonel Suban Athiset said the probe into the death by the original investigation team would go ahead with or without a relative’s complaint. A source at the Justice Ministry said Thung Song Hong police only presented to the court the opinion of a medical examiner from the Police General Hospital’s morgue.

Police did not include other evidence, including the report by a central fact-finding committee that included reports from medical examiners from Chulalongkorn, Siriraj and Ramathibodi hospitals, X-rays of the body, the chronology of resuscitation attempts or an animation to simulate Tawatchai’s hanging. Tawatchai, 66, was accused of dereliction of duty over his alleged involvement in the issuance of land ownership documents in Phuket and Phang Nga.

He was found hanging in the DSI detention cell on August 30 last year and was pronounced dead at Mongkut Wattana Hospital.

The autopsy report later showed that he died of a ruptured liver and internal bleeding, contrasting the DSI’s earlier statement that he had committed suicide by hanging himself with a pair of socks.

While the DSI chief speculated at the time that CPR might have caused the liver rupture, hospital director Dr Rienthong Naenna insisted the CPR performed by an emergency medical team had not caused the man’s abdominal bleeding and liver rupture.