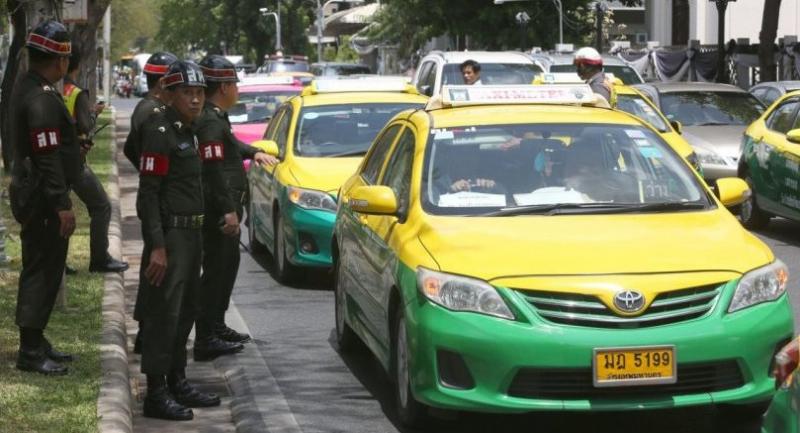 Taxi drivers are demanding that authorities allow them to charge passengers more in trafficjam areas.

“In Bangkok’s inner zones, the fare should not be just Bt2 per minute because traffic congestion means higher energy consumption for cabs,” Witoon Naewpanich said yesterday, in his capacity as the chair of the Bangkok-based taxi cooperative network.

He said he had already raised the issue with Deputy Transport Minister Pichit Akrathit during a recent discussion on why taxis, in defiance of the law, often refused passengers.

Taxi fares already have different rates for zones depending on congestion. In light-traffic areas, the first kilometre costs Bt35, kilometres two through 10 cost Bt5.5 each, while the 11th through 20th is Bt6.5.

But in areas where cabs move at speeds of less than six kilometres per hour, the fare is Bt2 per minute on top of those fares.

“But Bt2 does not reflect the actual cost,” Witoon said.

He added that if new fares were introduced for traffic-jam zones, he trusted that taxi drivers would no longer refuse rides to passengers to the inner area of Bangkok.

In a related development, the Office of Transport and Traffic Policy and Planning is considering a reduction in the speed limit along city roads from 80 kilometres per hour to 40, director Chaiwat Thongkhamkoon said yesterday.

He added that Thailand has the highest city speed limit in Asia, where the norm is 40 to 60km/h. “Thailand might opt for a speed limit of 40km/h, the same as Japan,” he said. “It might take a year before the new speed limit could be implemented,” Chaiwat added.

The World Health Organisation in 2015 ranked Thailand as second-highest among all countries for road accidents, behind Libya.