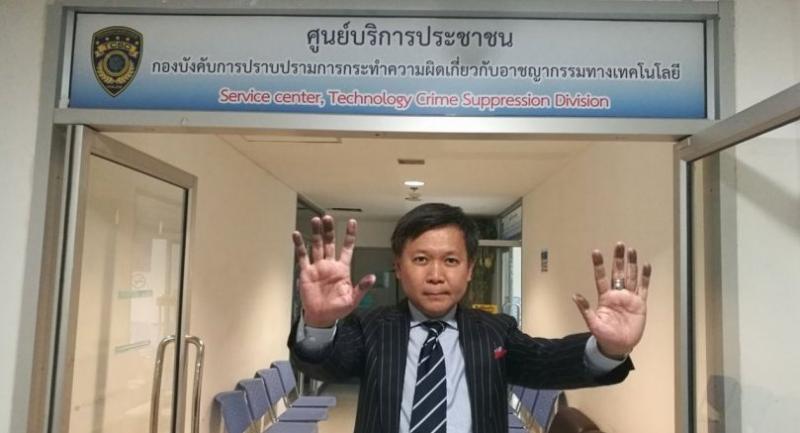 The rights watchdog in a statement on Wednesday called the criminal charges recently filed against the three men the latest examples of the National Council for Peace and Order’s (NCPO’s) contempt for the rights to freedom of expression and peaceful dissent.

“The Thai junta’s dictatorial reach has expanded well beyond traditional sources, to social media like Facebook,” said Brad Adams, the group’s director for Asia. “These dubious charges for peaceful Facebook commentary should be dropped immediately.”

The three critics are accused of sedition and computer crime, charges that have become common in the government’s dealings with anti-junta activists.

Adams pointed out that Thailand has ratified the International Covenant on Civil and Political Rights, which prohibits restrictions on freedom of expression.

A recent compliance review by the United Nations Human Rights Committee (UNHRC) noted that political authorities are legitimate subjects for criticism and political opposition, Adams said. Such criticism should not be prohibited, the UNHRC asserted.

The government told the UNHRC during the review that it respected freedom of expression, Adams said, but its record has been poor. The authorities have repeatedly harassed and prosecuted people for verbal and written remarks, including online postings critical of the government, he said.

“After more than three years in power, the Thai junta has failed to show any real commitment to reversing its abusive rights practices or protecting fundamental freedoms,” Adams said. “Governments around the world should call out Thailand for claiming to respect rights while wilfully violating them.”