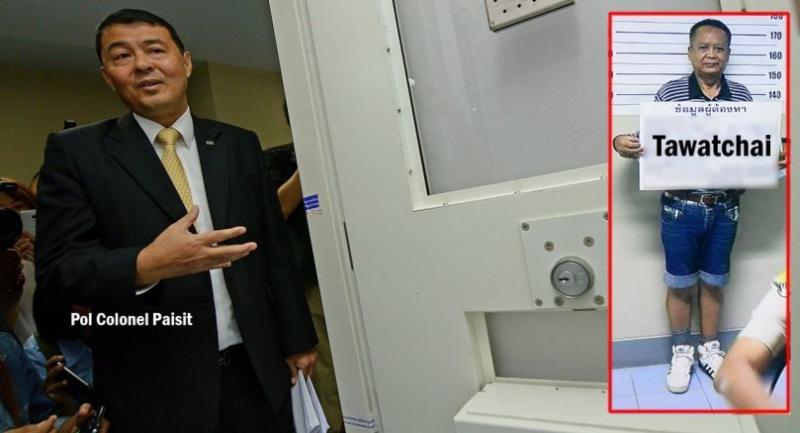 The Department of Special Investigation has already required five of its officials and security guards to submit to lie detector tests in connection with the controversial death of a suspect in custody last year and passed the results to the court.

“It’s up to the court to decide whether to take the lie-detector results into account,” Pol Colonel Paisit Wongmuang, director-general of the DSI, said yesterday.

Tawatchai Anukul, a prime suspect in the alleged illegal issuance of land-rights documents for seaside plots worth at least Bt900 million, was found hanging inside a DSI cell on August 30, 2016.

He was pronounced dead at a hospital.

The Criminal Court ruled last Friday that he was put to death.

Police are now looking for the real perpetrators.

The Justice Ministry has conducted a probe into Tawatchai’s death with doctors from four hospitals on the fact-finding committee.

“We can explain his death,” Paisit said.

The Justice Ministry’s committee had doubts about the autopsy finding that Tawatchai had a ruptured liver.

“The volume of blood in his abdominal cavity was about 1000cc, while bleeding from a ruptured liver should leave more than 3,000cc of blood there,” he said.

There was no sign of fighting inside Tawatchai’s cell at DSI headquarters, he added.