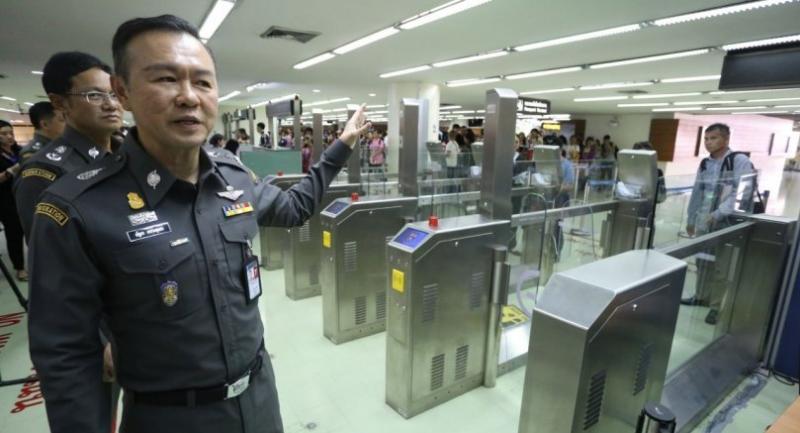 Exempting Thai nationals from filling out immigration forms is among the measures being considered to help relieve the overcrowding of arrivals at Don Mueang International Airport.

said on Wednesday that his agency had discussed the passenger backlog problem with executives of the airport.

They agreed to increase the number of immigration counters and outsource some of the work.

He said one of the measures being considered was for Thai passengers to no longer be required to fill the departure and arrival TM6 form.

The immigration police chief said his agency wanted the proposed exemption to be implemented as soon as possible and it was seeking to expedite amendments to relevant regulations.

He dismissed concerns that cancellation of the requirement would adversely affect national security, pointing out that authorities already have a database of Thai passengers.

“The Immigration Bureau has also sought permission for foreign passengers from certain countries to pass through the automated passport control channels” that are now reserved for Thai passport holders, to help relieve the overcrowding, Nathathorn said.

He said that from Friday, the number of immigration officials at Don Mueang airport would be increased to 100, from 42 at present, and they would work four shifts around the clock.