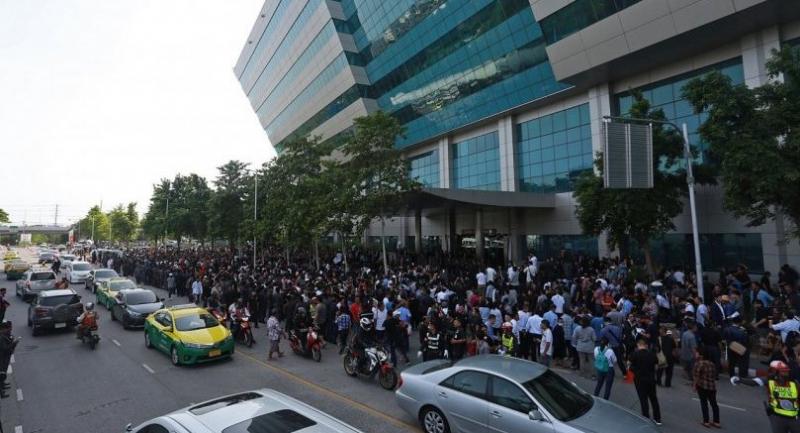 Security measures for judgement day in the court case involving former prime minister Yingluck Shinawatra would be tightened up, according to defence minister General Prawit Wongsuwan.

The verdict in the case, which concerns the Yingluck government’s rice-pledging scheme, will be delivered on August 25.

Prawit’s remark on Wednesday comes after revelations that more than a dozen passenger vans carried Yingluck supporters to the court to give her moral support when she delivered her closing argument on August 1.

Ten van drivers were charged by police for taking supporters to the Supreme Court. They were charged with accepting charters without a contract or running on an unauthorised route.

Prawit said the authorities could not possibly ban travel by train or plane if supporters wanted to come to cheer up Yingluck.

But he added that security measures around the court building must be left for the court to decide.

Prawit said he had no information the possible number of people who will show up on August 25, when the Supreme Court’s Criminal Division for Political Office Holders delivers its ruling.

He said he did not have any concerns regarding the case. It was up to the court and the military had not done anything regarding it, he added.

Yingluck, who has been accused of negligence for allegedly failing to prevent corruption in the rice-pledging scheme, will be in court to hear the verdict.

In the final days of her trial and during the delivery of closing statement, hundreds of supporters showed up at around the court to give Yingluck moral support. Scores of police officers were deployed to keep peace and order.

Due to expectations of a huge crowd on August 25, the government has called for Yingluck’s supporters to refrain from causing any chaos or violating the law, and have prohibited organised mobilisation.