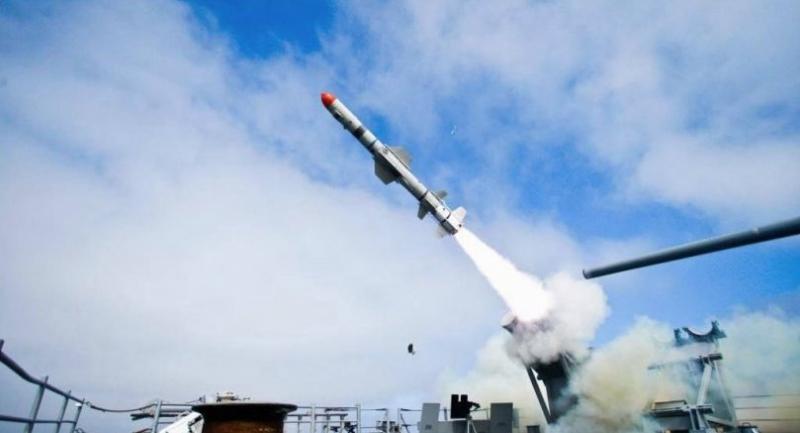 THAILAND’S proposed purchase of more anti-ship missiles from the United States is a reflection of that country’s concerns about its decreasing geopolitical advantages in Southeast Asia and the continuing rise of Chinese influence in the region, experts say.

The Defence Security Cooperation Agency (DCSA), a unit under the US Department of Defense, on Wednesday submitted the required certification to Congress for the possible sale of five 84L Harpoon Block II surface-launched missiles and one RTM-84L Harpoon Block II exercise missile to Thailand.

Notifying Congress of a potential sale is required by US law and does not mean the sale has been concluded.

The proposed missiles are estimated to cost US$24.9 million (Bt827.7 million) and the principal contractor is the Boeing Company.

The Bt14.6-billion vessel was launched in South Korea in January and will be stationed in Thailand in July next year.

The Navy has planned to equip the frigate with missiles since the contract was signed in August 2013 between the Thai government and Daewoo Shipbuilding and Marine Engineering, Jumpol said.

Budget allocation for the missiles was already included in the procurement plan back then, the spokesperson said.

In the past decade, the US has sold over $960 million in military equipment to Thailand. Since the 2014 coup, the approximate value of US military sales to Thailand totals $380 million, according to the US Embassy in Bangkok.

Since January this year, the two countries have reached agreements on the purchase of over $133 million in military equipment, including Blackhawk helicopters and Harpoon Block II Missiles, the embassy said.

“This proposed sale will contribute to the foreign policy and national security of the United States by helping to strengthen the US-Thai strategic relationship and to improve the security of an important partner,” the DCSA’s statement said.

“The proposed sale will not alter the basic military balance in the region,” the statement added.

Rangsit University lecturer Wanwichit Boonprong said that Congress is likely to be aware of China’s security strategy in Southeast Asia, which will have consequences for US interests in the region.

“The US is becoming more willing to compromise with us, while Thailand will also make opportunities to balance its hardware stocks with those from China and Russia,” Wanwichit said. “It is also the [Thai] Navy’s chance to refocus on long-neglected security development.”

Paul Chambers, a lecturer at Naraesuan University’s College of Asean Community Studies, also saw the possibility that the US Congress may approve the sale to increase its geopolitical scores.

“This is a Republican-controlled Congress,” Chambers said. “It is highly likely that this Congress will adhere to the preference of President Donald Trump in his concern for geopolitical interests in Asia.”

The Trump-Republican Washington, wants to keep friendly with Thailand even under the junta and is willing to oblige the Kingdom’s desire to strengthen its maritime forces. However, Chambers said that the Kingdom does not have any national security-based need in particular.

“Like the Chinese submarines, this is all a case of powerful military men seeking and obtaining military stocks”, he said.