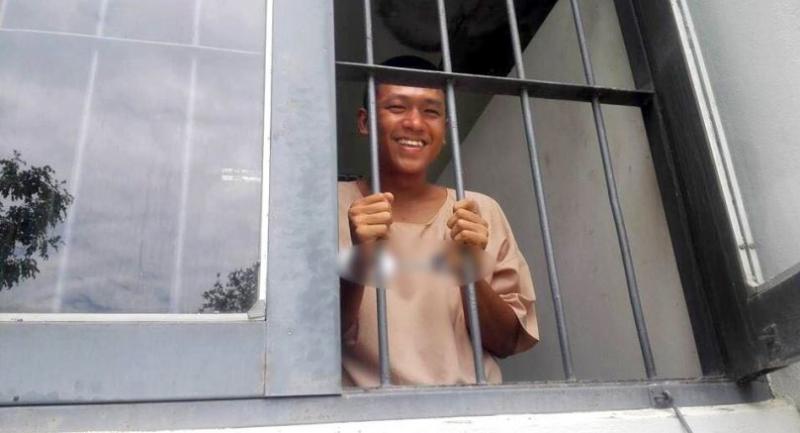 “The monarch never wants to see people being punished because of this matter,” Prayut said at a budget meeting. “The protection of the institution of the monarchy is one of the key security strategies of the government.”

“While people know very well that defamation of the monarchy is a crime in Thailand, some just want to violate the law,” Prayut said. “I don’t really understand why they just want to disobey the law.”

“The monarchy institution always has mercy, always grants pardons and even amnesty, but there remain many people who want to violate the law.

“I sometimes try to think in the same way as them, but really cannot find good reason why they have to do so,” he said.

There has been criticism that Jatupat was unfairly singled out, although thousands of other people shared the allegedly discourteous article but were not prosecuted.

Jatupat has fought for social justice in the Northeast region since he began his law studies at Khon Kaen University years ago.

He has maintained his innocence since his arrest in December last year, but decided to plead guilty, resulting in his sentence being cut in half from five years.

“We are disappointed with the judgment. Pai cried for an hour and remained silent as if he was thinking of something,” his father Viboon Boonpattararaksa said.

“I have never known of such justice. I cannot teach you, be patient son, we believe in the rightness. We will have a chance to serve our society again,” Viboon posted on his Facebook page.