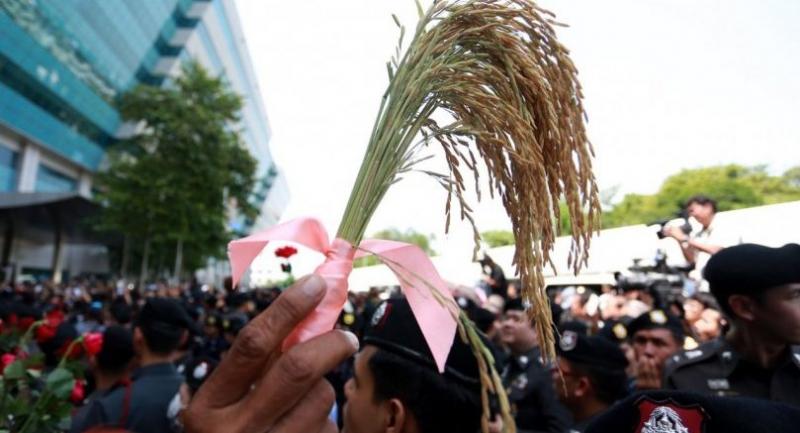 IN ITS CLOSING statement in former prime minister Yingluck Shinawatra’s case regarding her government’s rice-pledging scheme, the prosecution claimed she had failed to act to prevent damages and irregularities.

The 211-page document was submitted on Wednesday to the Supreme Court’s Criminal Division for Political Office Holders, where Yingluck is charged with negligence in connection with the project, Isra news agency reported. The case was filed by the Office of the Attorney-General.

The closing statement pointed to written warnings from relevant state agencies – including the Office of the Auditor-General and the National Anti-Corruption Commission (NACC) – about reports of irregularities.

Also, according to the document, the state-run Bank for Agriculture and Agricultural Cooperatives, the Public Warehouse Organisation and the Marketing Organisation for Farmers had reported in writing to the Yingluck government about many irregularities involving the scheme.

The problems included the reporting of false information about rice planting areas, missing rice from government stocks and the suppression of farmers’ rights.

The prosecution’s closing statement said there was no evidence to prove that Yingluck, as the government head at the time, had raised the issue with her Cabinet or taken any action in tackling the problem of irregularities in a concrete way.

Yingluck read her closing statement before the court on August 1. The court is scheduled to deliver its verdict next Friday.

More than 2,500 police officers will be deployed at the Supreme Court on that day to keep law and order, Metropolitan Police deputy commander Pol Maj-General Phanurat Lakboon said yesterday.