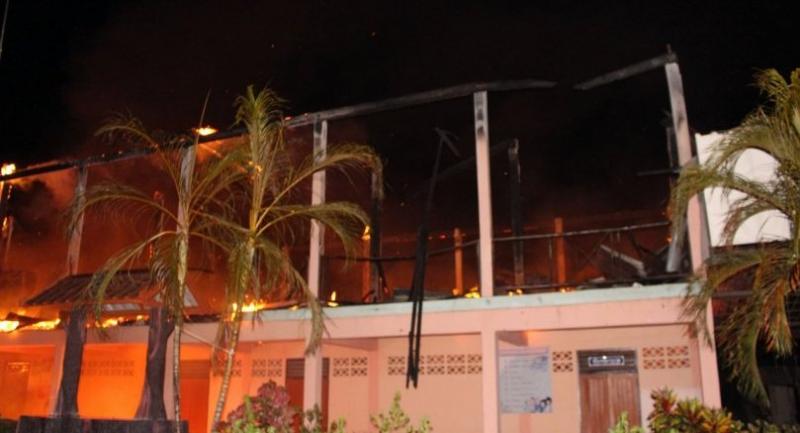 A two-storey school building in Nong Bua Lamphu’s Nonesung was burned down on Thursday night.

The Nonesung police station was alerted of the fire at Ban Nong Kung Khamhai School at 9.30pm and alerted fire stations who sent seven fire engines to tackle the blaze.

Firefighters took about 40 minutes to control the blaze.

The fire destroyed the entire building, leaving only concrete walls on the ground floor and poles on the second floor.

Thongsai Chula, a teacher who was on duty, said he heard three explosions and saw the blaze spread quickly from the ground floor. Owart Srichanwiang, the director of the school, said the building was built in 1981. The upper floor was made of wood and housed six classrooms. The ground floor was used as a teachers' meeting room, a computer laboratory with 10 computers and a first-aid room. He said all the school’s computers have been lost.