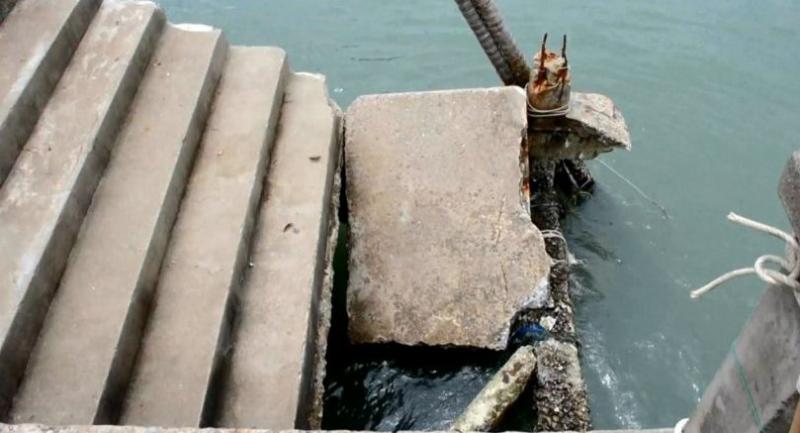 Ten university students were thrown into the sea when a concrete slab they were standing on collapsed at Sudkhobfa pier in Chanthaburi's Tha Mai district on Friday.

Some 20 students from Burapha University Chanthaburi Campus as well as dozens of Chinese exchange students were visiting the pier when the slab collapsed, sending 10 students plunging into the 1.5-metre-deep water under the pier. They were safely rescued by local fishermen and fellow students.

An initial probe found that the two-metre-wide four-metre-long concrete slab showed signs of deterioration. It left a gaping hole at the pier with rusty metal bars around the edge. Witurat ordered a thorough investigation. A sign was posted at the site to prohibit people taking trucks or heavy loads onto the pier.

He said engineers would later inspect the structure to make way for repairs.