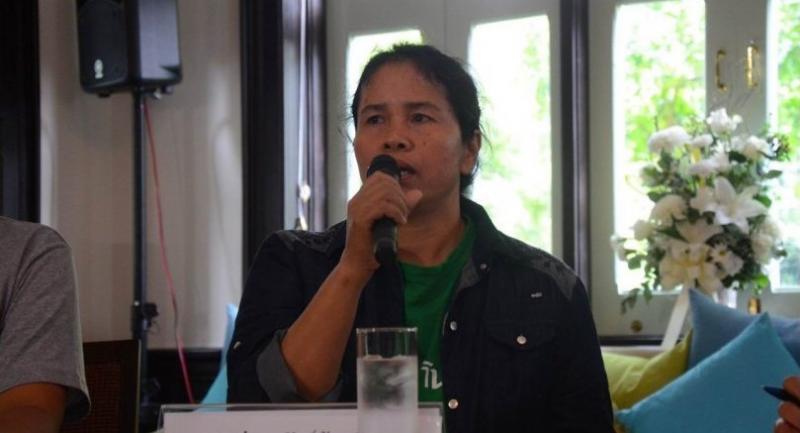 WOMEN’S RIGHTS are still not fully respected in Thailand, say campaigners, even though it is 32 years since the country ratified the Convention on the Elimination of All Forms of Discrimination against Women (CEDAW).

Activists yesterday urged the government to make sure that women, lesbians, bisexuals, transgender and intersex (LBTI) people are allowed to participate in the drafting of new laws and public policies so they are well treated in relation to sensitive issues.

Protection International (PI) coordinator Pranom Somwong told a media gathering at the Netherlands Embassy that even though many years had passed since Thailand had ratified CEDAW, women in Thailand still suffered many problems and their rights and dignity were still not properly protected.

CEDAW is an international treaty adopted in 1979 by the United Nations General Assembly and consists of 30 articles, which define what constitutes discrimination against women.

It also set up avenues to end discrimination, with signatories committing to implement a series of measures to end all forms of discrimination against women.

“This is not counting a group of female activists on gold mine issues in Loei, who were sued by the gold mine company and the local authorities. This is a desperate situation for female rights protectors.”

Pranom said that since 2014, at least 199 female activists had been sued for trying to ensure their rights in relation to their land and improving their lives. She also emphasised that those societies that did not have justice for women were inherently unjust.

Bussayapa Srisompong of the Suwannimit Foundation claimed that Thai society also suffered from a lack of consciousness about women’s rights and this contributed to a severe problem of violence against women and LBTI groups.

“There is still a severe misconception and ignorance about women’s rights as violence against women and LBTI has never improved,” Bussayapa said.

She stated that her foundation was usually notified about up to seven cases of violence against women per month. In many cases the victims themselves did not understand their rights and chose to be with the person who abused them, usually their husband or family members.

“I often receive complaints, when helping the victims of violence, that I am interfering in another family’s business, but this is an unacceptable thing that many people think is normal. This is a great problem in our society and we have to do something about it now,” Bussayapa stressed.

She said LBTI groups were also the victims of a patriarchal society, with many LBTI people being the victim of violence and even rape because of their sexual preference or gender.

A total of 36 rights groups, including PI, the Thai Women’s Movement for Political Reform and the Cross Culture Foundation, yesterday called on the government to allow women and marginalised groups to take part in public policy planning and drafting laws to ensure fair and equal rights protection for LBTI groups, to promote universal respect for people’s differences, and to end discrimination based on nationality, religion, social status, gender or sexual preference.