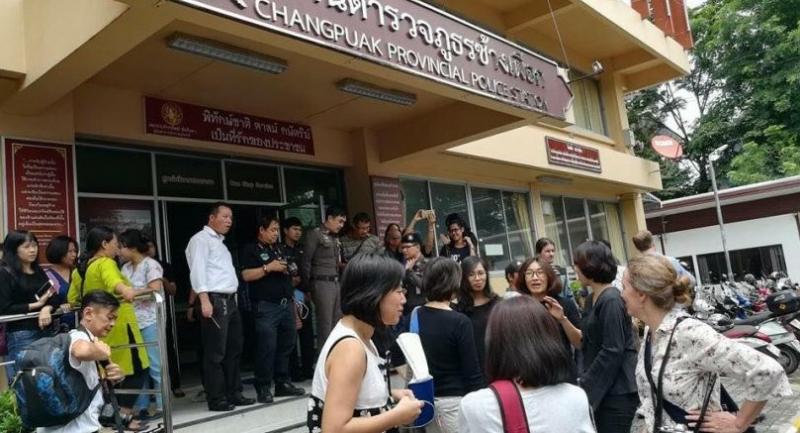 NOTED social scientist Chayan Vaddhanaphuti, and four others attending a recent international academic conference held at Chiang Mai University, have acknowledged charges against them for violating the junta’s political gathering.

Chayan, director of CMU’s Regional Centre for Social Science and Sustainable Development, along with the other four went to Chang Puak Police Station to acknowledge the charges.

They denied all the charges.

Since the “13th International Conference on Thai Studies” event was held at CMU from July 15 to 18, at least four academics have been summoned by police after displaying banners saying, “this was not a military camp, but an academic forum”.

Chayan was the latest person to be called upon by the police for allegedly violating a junta ban on political gatherings or activities.

Chayan was quoted by Transborder News as saying that he had not asked for permission from the military to organise the conference because it was an academic, not political, event. It was probably the banners that were displayed at the forum that had prompted the latest call from the police, he said.

Chayan insisted, however, that no political activities had been held at the four-day conference, despite the accusations against him, so he had no idea why he had been summoned. He added that he had consulted the Chiang Mai governor before the event, and that the governor had even presided over it.

A fellow academic, Chainarong Sretthachau, posted on Facebook that the group’s lawyer revealed that they would file evidence, as well as their testimonies, to the police via documents. The police called on them to report to the station again on September 1.