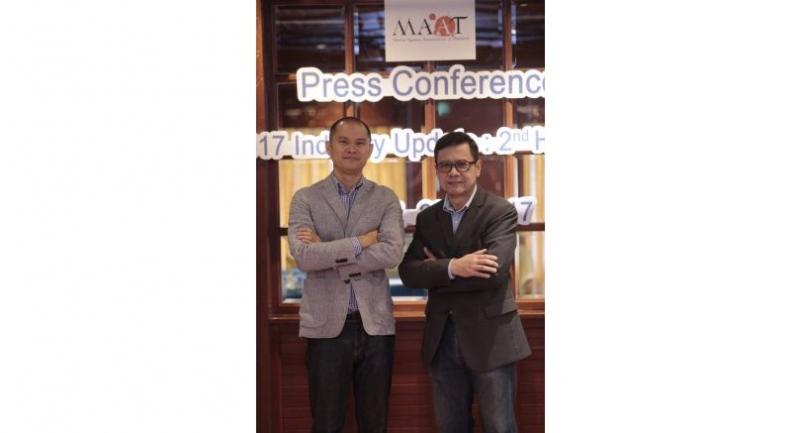 The Media Agency Association of Thailand (MAAT) has predicted a continued decrease in overall advertising expenditure this year, with media usage expected to decline by 11 per cent year on year in the second half.

This is down to the economic situation, and the government and private sectors postponing their advertising investment as they look to future economic prospects, the association said on Tuesday, with the result being that the press, radio and TV segments will experience “a hardness” in terms of ad investment.

MAAT president Triruj Navamarat said: “The industry is not recovering as it should be when compared to the last year’s numbers. Even though gross domestic product grew by 3.3 per cent [in the first half], total media usage was still down by 5 per cent. When we analysed by media segment, we found that the figures for a number of media were declining, like TV [digital, cable and satellite] still decreasing by 10 per cent, radio by 18 per cent, the press by 19 per cent, and magazines by 37 per cent.

“On the other hand, there are some types of media that have witnessed huge progress in their numbers. For example, in-store media by 38 per cent, transit by 27 per cent, cinema theatres by 25 per cent, Internet by 24 per cent and OOT by 16 per cent.”

“From the information shown, marketers are using those media which help consumers decide to buy immediately, like in-store media, transit and cinema … and Internet media, which is continuously growing.”

Rattakorn Seubsuk, vice president of the association, commented on the sectors having put more investment into advertising in the first half when compared to the same period last year: “The five categories having more budget this year are pharmaceuticals, which increased by 16.3 per cent; household equipment and furniture, up by 11.2 per cent; media and marketing, up 8.1 per cent; leisure, up 4.4 per cent; and household cleaners, which increased by 3.6 per cent.”

“Meanwhile, the categories using most budget were still the main [ad-spending] businesses, but their budget decreased when compared with last year. Motor vehicles used an advertising budget of Bt4.37 billion, down 3.8 per cent; non-alcoholic beverages used Bt4.16 billion, down 2.8 per cent; communications used Bt3.02 billion, a decrease of 15.5 per cent; skincare preparations spent Bt1.46 billion, down 20.9 per cent; and the government and community sector used Bt2.44 billion, for a decrease of 19.4 per cent,” he added.