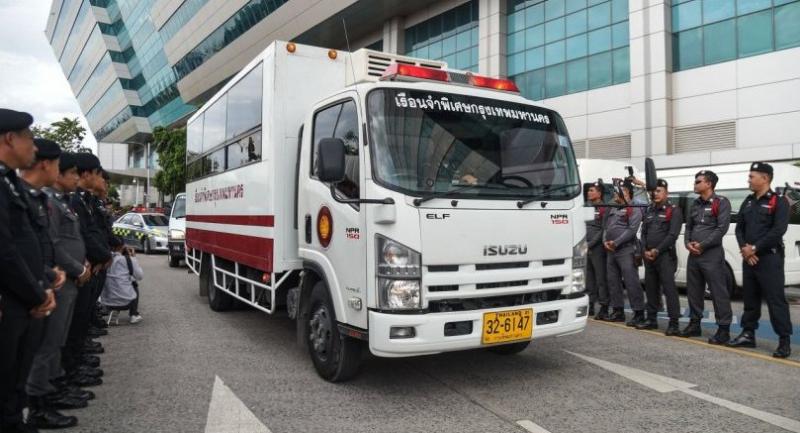 Former commerce minister Boonsong Teriyapirom, his ex-deputy Poom Sarapol and 16 other defendants were escorted to Bangkok Special Prison on Friday after being found guilty of offences relating to the bogus government-to-government deals under the Yingluck Shinawatra-led administration’s rice-pledging scheme.

Looking stressed, Boonsong walked to the prison truck without speaking to reporters.

Prior to hearing the verdict, he said he had prepared cash for bail as well as a plan to appeal the ruling if it went against him.

“I’ve done my best to fight in the case,” he said.

The escorting of the defendants from the court was carried out under strict security by the police, with supporters of the Pheu Thai Party waiting for the verdict in front of the courthouse.

However, there was no disturbance from those in the crowd, who merely booed when the prison truck drove by.

Thousands of supporters had originally been present mainly to provide moral support to ex-PM Yingluck, but their numbers lessened after it was clear that she was not going to show up at the court.