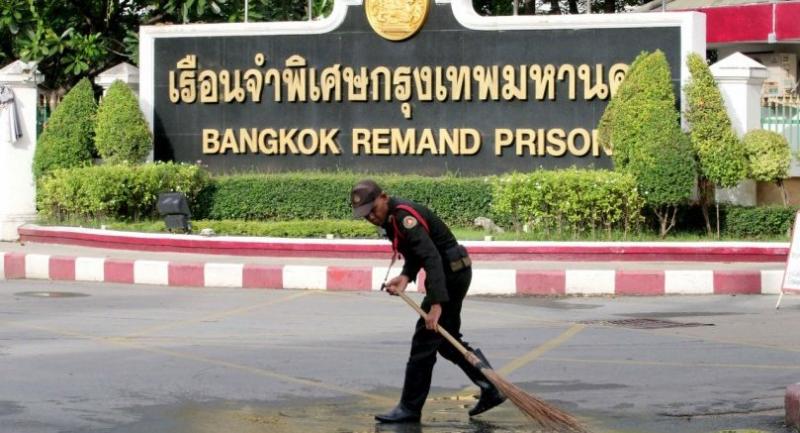 An official sweeps the road in front of the Bangkok Remand Prison Saturday morning.

Korbkiart Kasiwiwat, director general of the Corrections Department, told reporters at 2.30pm that Boonsong, Phumi and five other prisoners had been transferred to the reception zone at Klong Prem.

He said the rules required inmates with jail terms of more than 15 years to be detained at Klong Prem.

On Friday, Boonsong was sentenced to 42 years in jail, while Phumi was given a 36-year term for approving four government-to-government rice export deals with China that turned out to be bogus. The deals were said to have caused massive financial damage to taxpayers