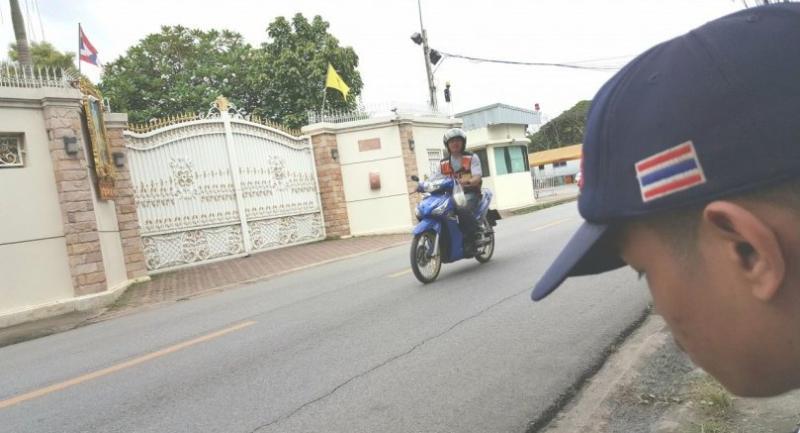 A SUPREME COURT ruling in the rice-pledging case against former prime minister Yingluck Shinawatra has not been made official because the |nine judges have not yet announced their individual decisions to each other, a well-informed source from the court said yesterday.

The nine judges of the Supreme Court’s Criminal Division for Political Office Holders on the panel trying Yingluck’s case were scheduled to read their individual decisions on Friday. A discussion between the judges was then expected to lead to a majority opinion but after Yingluck jumped bail and did not appear in court, the decisions of the nine judges remained sealed in envelopes.

The judges are not allowed to discuss their decision with each other until the day of the ruling. The final ruling will be based on a majority decision of the nine judges, said the source. Because Yingluck did not attend the court ruling on Friday, the court was required by law to issue a warrant for her arrest and have her brought to court within a |month.

The law authorises the judges to announce their individual |decisions at the subsequent |official ruling on September 27, |a month after the originally |scheduled reading. The presence of the defendant would not be necessary on that date, the source added.

Metropolitan Police Area 4 chief Maj-General Nanthachat Supamongkol, who oversees Lat Phrao Police Station, which has jurisdiction covering Yingluck’s house, said the search warrant was a sensitive issue so he needed to wait for his supervisor’s command.

Nanthachat said he had ordered police forces to be |dispatched to monitor her |house and keep law and order there.

So far, there was nothing happening at the property, he said. Police had talked to Yingluck’s maids and housekeepers but they denied knowing anything. “We are sure we have not overlooked anything. We have emphasised to officers the need to strictly monitor the place and will do it for a while until the situation returns to normal,” he said.

Yingluck’s house in Bangkok’s Bueng Kum District has been very quiet since she fled the country days before facing the verdict. Some media are still staking out the front of her house in case anything significant happens.