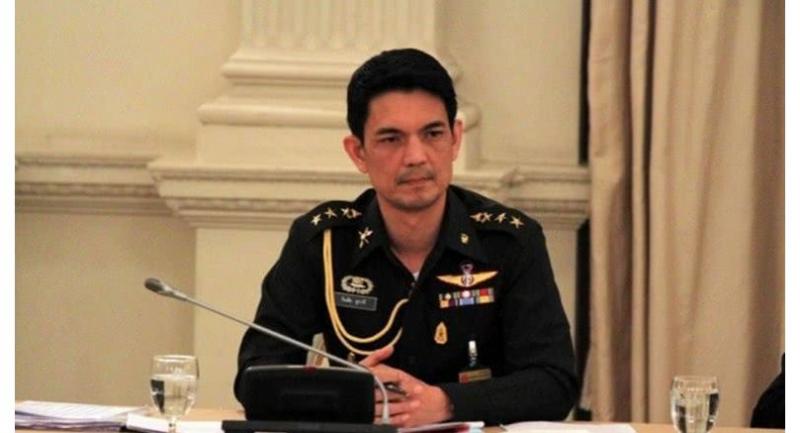 THE GOVERNMENT and the National Council for Peace and Order (NCPO) did not allow former premier Yingluck Shinawatra to flee the country, NCPO spokesman Colonel Winthai Suvaree said yesterday.

Winthai’s statement followed growing criticism of the government’s handling of the controversial case, especially with regards to Yingluck’s disappearance ahead of the Supreme Court’s sentencing last Friday in the rice-pledging case.

However, Weerachon said there was no official confirmation of Yingluck’s whereabouts at this stage amid unconfirmed reports that she was seeking asylum in the UK after fleeing Thailand before the verdict reading.

National security sources said authorities had previously focused on the consequences of a guilty verdict in the Yingluck case more than the probability that she would flee the country to avoid punishment. At this stage, it remains unclear how Yingluck’s disappearance could affect the domestic political scene.

One possibility is that Pheu Thai Party will resort to its previous strategy used following Thaksin Shinawatra’s disappearance just before his court sentencing several years ago, in which the party tried to capitalise on claims of injustice in the country, which was then also ruled by a military-led government.

Regarding Pheu Thai Party’s leadership, sources said, Khunying Sudarat Keyurapun was tipped as a top candidate to lead the party following Yingluck’s disappearance, which could have an impact on the party’s image and grassroots support

Tawatchai Chaiwat, chief of the Klongprem Central Prison, said Boonsong and the others slept in the same room at the prison and had told officials they had not slept well on their first night, which was not unusual for newcomers.

Boonsong’s lawyers are preparing to seek a temporary release of the ex-commerce minister, who plans to lodge an appeal with the Supreme Court. Under the current Constitution, both defendants and plaintiffs can seek a review of judgments regardless of whether there is new evidence.

Previously, Boonsong’s lawyers presented a Bt30-million guarantee to the court to bail out the ex-minister, but his release was not approved last Friday.

Lawyers said relatives were ready to provide more financial guarantees if the court considers granting approval for the temporary release.