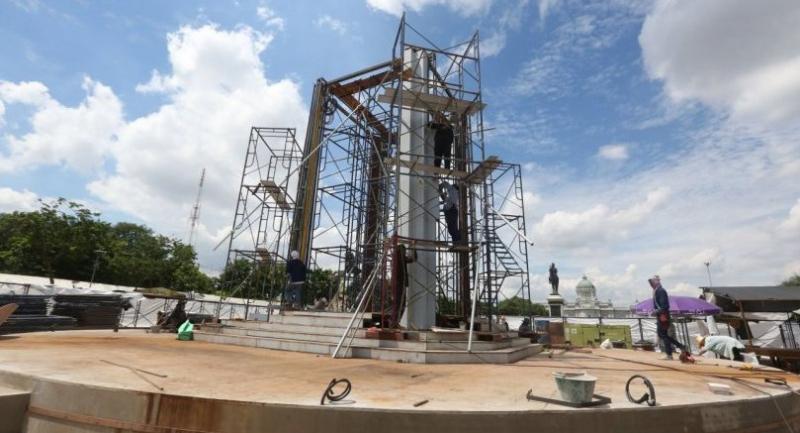 HM King Maha Vajiralongkorn has ordered that a replica of the elaborate Royal Crematorium for his late father be erected at the Royal Plaza.

The current monarch intends to allow people to lay funeral flowers in tribute to HM the late King Bhumibol Adulyadej during the Royal Cremation Ceremonies that will run from October 25 to 29.

The construction of the replica is now taking place.

The Royal Crematorium is being built in Sanam Luang area. Although it is vast it will not be able to accommodate all mourners.

The government has prepared several venues across the country for people to lay funeral flowers in tribute to the King’s late father.