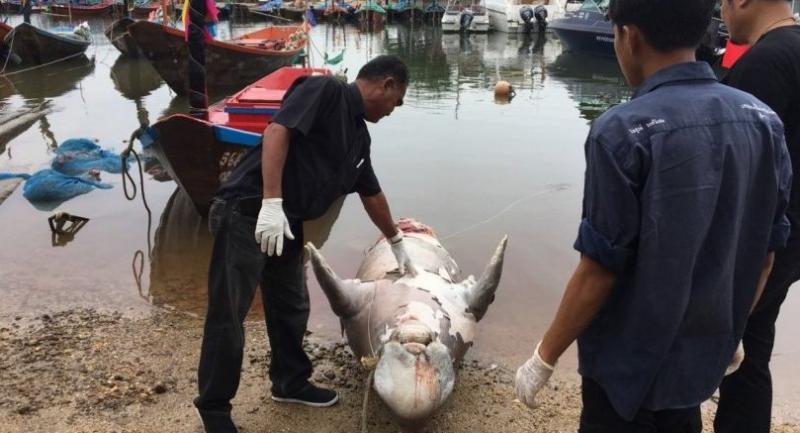 The carcass of a female dugong that weighed 200 kilograms has been sent for autopsy to determine the cause of its death, Eastern Gulf Fisheries Research and Development Centre (Rayong) veterinarian Weerapong Laowetprasit said on Wednesday.

The carcass was found floating in the sea near Koh Samet, about five nautical miles off the Muang Rayong coast, on Tuesday afternoon.

The three-metre-long dugong had a wound in the abdomen area and was suspected to have died less than seven days before the discovery of the carcass.