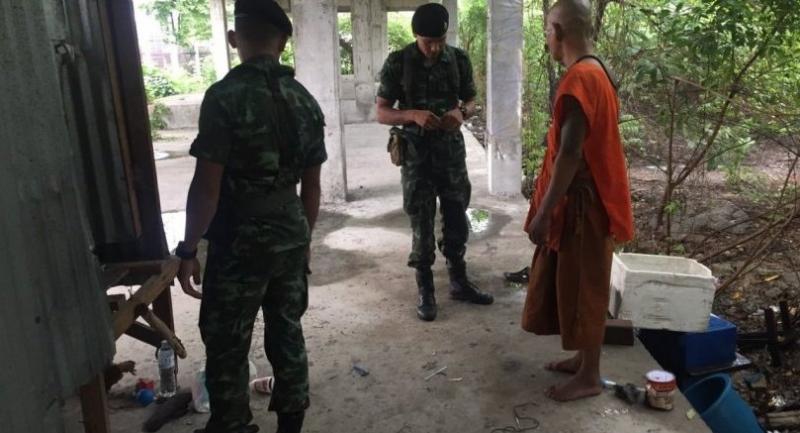 Army officers on Wednesday arrested a monk at an abandoned building in Bangkok's Min Buri district and had him disrobed for possession of illegal drugs items and the means to assemble two pen guns.

Sub Lieutenant Nikul Subinnam, head of the 4th peace-keeping company, led a contingent of army and civilian officers to the building in Soi Ram-Indhra 125 following public complaints that a suspicious person wearing a monk’s robes was living there.

When they arrived they found Phra Narong Inkham, 42, from Sukhothai's Sri Satchanalai district who had been ordained as monk four years ago at Wat Sri Nong Hin in Loei.

He told officers that he had travelled to Bangkok on August 12 to visit relatives in Pathum Thani. He had then gone to Min Buri to visit a friend and had been staying at the abandoned building for four days.

Officers then found the drugs and pen-gun on him and the monk admitted to having taken three yaba pills he had bought from a youngster nearby for Bt100 per pill.

He was then taken to Wat Bumpen Nua, where the abbot, Phra Khru Udon Jaruwan, disrobed him before passing him onto Min Buri police for further legal action.