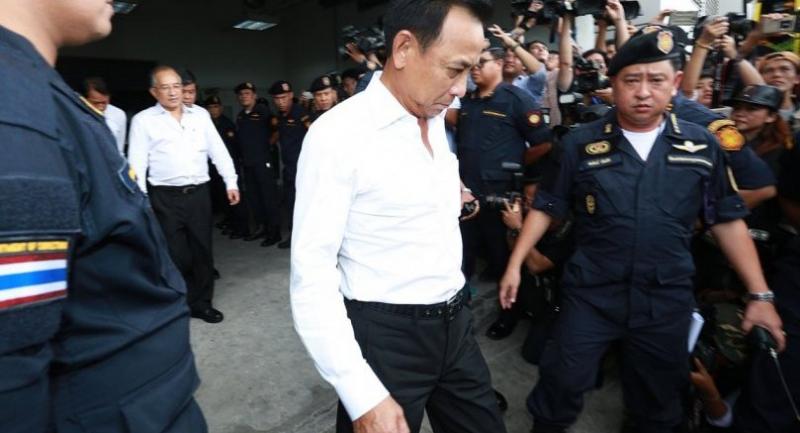 Convicted former commerce minister Boonsong Teriyapirom sought medical treatment late on Tuesday night after he developed a severe headache, which turned out to be a symptom of high blood pressure, the Corrections Department chief said on Wednesday.

Korbkiart Kasiwiwat, Corrections director general, said the Klong Prem Central Prison where Boonsong is being detained, has no medical treatment facility, so he had to seek help from doctors at the Central Prison Hospital, which is next door.

Korbkiart said Boonsong informed prison guards that he had a headache, so he was allowed to go to the hospital, which has a connecting door with the prison.

It was found that he had developed high blood pressure, with a systolic level of 160 (compared to the normal level of 120). Doctors believe this was caused by stress.

The department chief added that Boonsong might be worried too much or might not be able to accept his situation. Korbkiart said prison officials would try to help Boonsong resign to his fate.

Boonsong has been sentenced to a 42-year jail term for faking government-to-government rice export deals, resulting in Bt16-billion financial damage to the state during the previous government’s implementation of its rice-pledging scheme. He is also subject to making reparations worth around Bt1.7 billion.