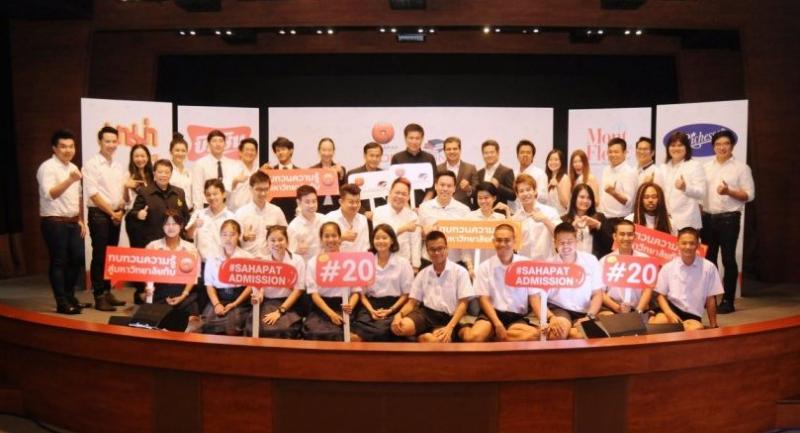 FREE TUTORING for the upcoming university admission tests is now up for grabs for students who register by September 20.

Tutoring under the 20th Sahapat Admission Project will be held between October 2 and 7, and registration for participation can be made via www.sahapatadmission.com.

“We have continued this project for two decades now in a bid to promote equal educational opportunities among Thai students,” Vathit Chokwatana, president of Saha Pathanapibul Plc, said yesterday during a press conference.

His firm has organised the project in collaboration with various partners including Nation Multimedia Group and the University of the Thai Chamber of Commerce (UTCC). While the tutoring sessions will physically take place at UTCC in Bangkok, they will also be broadcast live to more than 1,000 schools and universities across the country. Data Pro Computer System Co is supporting the Internet broadcast.

“Besides the 17 well-known tutors, the highlight for this year will be experts from various working fields to give advice to students, such as Pilaimas Khamchoo aka ‘Stamp’ the well-known writer from the publisher Jamsai and owner of the pseudonym ‘Stampberry’,” Vathit said.

These idols will join the project to share their experiences and inspire students.

Paphawarin Boonperm, a student at the Prakanongpittayalai School, said she would definitely register herself for the 20th Sahapat Admission Project.

“This project offers free tutorial sessions – and by famous tutors too,” she said.