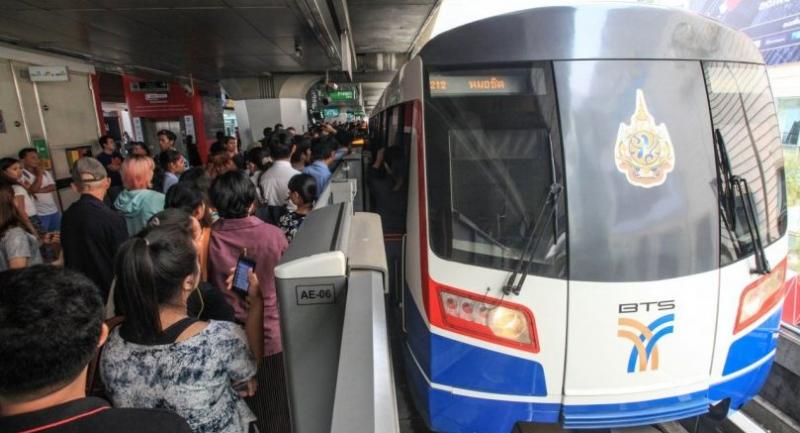 Consumer networks have demanded that Bangkok Governor Aswin Kwanmuang put the brakes on plans by the BTS Skytrain to raise fares starting on October 1.

Transportation for All, the Independent Committee for Consumer Protection and the Foundation for Consumers issued the demand yesterday at a joint press conference.

“The fare hike should be suspended until BTS provides facilities at all of its stations,” the networks announced.

The networks added that BTS had not fully complied with the Supreme Administrative Court’s 2014 ruling that it must provide proper and designated spaces for wheelchair users on its trains. The groups also argued that they saw no reason for BTS to raise its fares given that its operating results have improved and the transit operator had reaped huge income from advertising, which is now highly visible in BTS trains and stations.

BTS announced earlier this week that fares would rise by Bt1 to Bt3 per ride. The starting fare will increase to Bt16 from Bt15, while the maximum fare per ride will rise from Bt42 to Bt44.

Since the fare-hike announcement, passengers have made loud complaints on social media. Commuters have objected to paying more than Bt200 a day for travel expenses between home and workplaces, adding that the fare increase would only add to their woes. The consumers’ networks joined forces yesterday in calling Aswin to review the BTS plan to raise its fares. They pointed to Malaysia, where most people’s daily travel expenses do not exceed 10 per cent of the minimum daily wage.

Because Aswin’s city administration granted the concession to BTS via its legal-investment arm, Krungthep Thanakom, the groups said the governor had the power to intervene.

One Bangkok resident said the move to raise the fares would only make life harder for the salaried people who were its main customers.

“They have limited income per month,” he said.

Speaking on condition of anonymity, he said BTS should raise its fare only if its services became more reliable, safer and the system was equipped with sufficient facilities for all, including the disabled and elderly.

“But look at what has happened lately. The BTS is unreliable and frequently out of order, there’s too much voice pollution from loud advertisements onboard, and the service is still unfriendly for those who are physically challenged.”