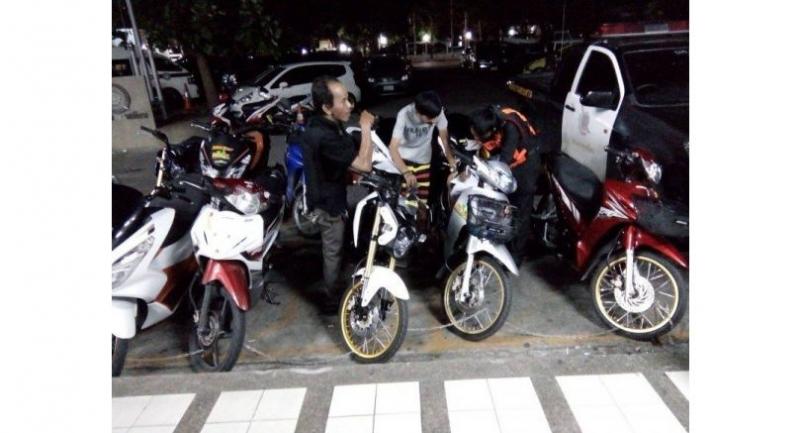 At 3.30am, police led by Bang Khun Thien traffic inspector Pol Lt-Colonel Wasu Noicharoen arrested 19 males and one female aged 18-22 and seized their 12 motorcycles on suspicion of street racing.

However, the male youths – students and alumnus of an all-male high school on Charoenkrung Road – claimed they had gathered casually to ride motorbikes from their homes on Charoenkrung and Yannawa areas to visit the Thon Buri side of Chao Phraya river.

The youths were fined over charges of failing to wear helmets, failing to present a driver’s licence and illegally modifying motorcycles.