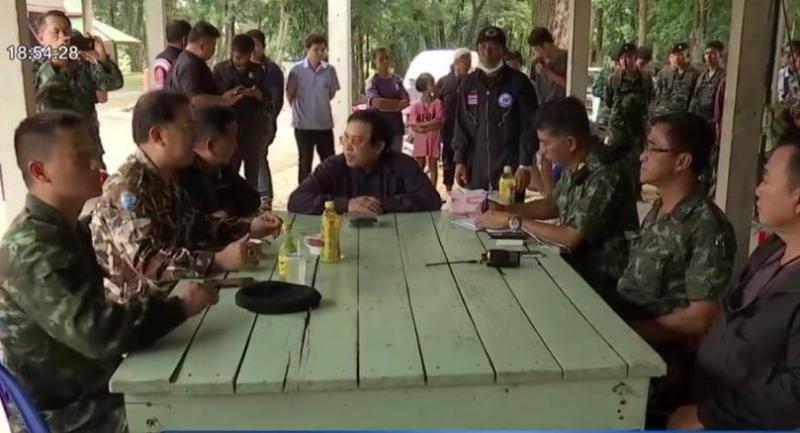 The body of a Vietnamese man believed to have been logging illegally was yesterday sent to the police for a forensic examination after he was shot while logging Agarwood in the forest connecting Huai Kha Khaeng Wildlife Sanctuary and Mae Wong National Park, part of the Western Forest Complex.

The case has highlighted the increase in illegal logging by foreign nationals in Thailand’s forests.

The wildlife rangers of the world heritage sanctuary had conducted a patrol last month and found traces of illegal logging of Agarwood in the area.

They expanded their search before clashing yesterday with a group of illegal loggers in a nearby area with each side exchanging fire.

The gun battle resulted in one ranger getting seriously injured, and a logger shot dead. The logger’s passport was found in the area and he was identified as Nguyen Van Thai, a 31-year-old Vietnamese national. Officers are hunting for the other three men who fled the scene.

The injured ranger was sent to hospital and has received medical treatment.

This is not the first time that foreign nationals have been discovered illegally cutting Agarwood in Thailand’s forests.

Incidents can be traced back to 2009, when Vietnamese were found illegally entering forests of Nan province to log the wood, according to information gathered by the chief of Thungyai Naresuan East Wildlife Sanctuary, located adjacent to Huai Kha Khaeng, Polawee Buchakiet. Several more incidents have occurred in other forest areas, and the chief is concerned that illegal logging is increasing.

He has called for a programme to track and suppress illegal logging of the wood in Thai forests.

The problem is not limited to Vietnamese loggers. Other tree species are targeted by other foreign nationals, including popular Phayung wood in the Dong Phayayen-Khao Yai Forest Complex, another world heritage site.