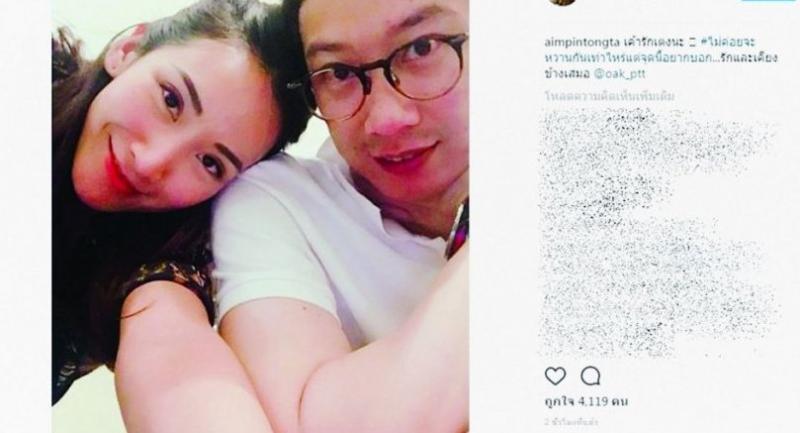 Panthongtae Shinawatra, son of ex-premier Thaksin, has accused Prime Minister Prayut Chan-o-cha and the National Council of Peace and Order (NCPO) of conducting a witchhunt in the money-laundering case against him involving state-owned Krungthai Bank.

In his September 8 Facebook post, Panthongtae also cited Thaksin’s earlier post alleging that the Thai justice system had been abused by the authorities to prosecute members of the Shinawatra family.

Panthongtae added that leaked documents show Prayut had ordered officials to speed up lawsuits against those charged over the previous Yingluck government’s rice-pledging scheme with no regard to checks-and-balance mechanisms in the justice system.

Unless criminal and other related charges are quickly processed, current officials at key government agencies concerned with these cases will be held responsible, according to Panthongtae, who is also facing a separate criminal investigation into alleged money-laundering in connection with a massive fraud at Krungthai Bank.

Panthongtae said another leaked document shows that a deputy chief of the  Department of Special Investigation (DSI) was recently transferred to the PM’s Office after refusing to file the money-laundering charge against him. This unnamed DSI official told a government ethics committee that he had received an order from his superior to file the charge against the ex-premier’s son but he did not believe that there was anything illegal concerning Panthongtae’s financial transaction.

Panthongtae was earlier named as the person who recieved a Bt10-million cheque from Rachada Krisadathanont of real estate developer Krisada Mahanakorn Group, which was one of the key defendants in the Krungthai Bank fraud case. Several former bank executives and others have already been sentenced by the courts to lengthy jail terms for causing multi-billion-baht damages to the state-owned bank. In his Facebook post, Panthongtae said he was the victim of a witchhunt by the government since other potential suspects who also received large amounts of money in the loan case were not subject to intense scrutiny.

He said the Bt10-million cheque represents only a tiny fraction of the entire amount of the multi-billion-baht fraudulent loans. According to Panthongtae, the money was part of a joint business venture and it had already been returned.

Besides Panthongtae, other persons close to the Shinawatra family were among suspects who received funds in connection with the Krungthai Bank case.

Viroj Nualkhair, a former chief executive of Krungthai Bank, was among those convicted in this case after the bank’s top management approved the fraudulent loans while Thaksin was prime minister.

Meanwhile, Pinthongta Shinawatra, a daughter of Thaksin and sister of Panthongtae, expressed her moral support to Panthongtae in an Instagram post.

In the latest development, the DSI said it will wrap up the case against Panthongtae within a month and expects to summon the ex-premier’s son for questioning during which he could provide evidence to counter the agency’s money-laundering case.