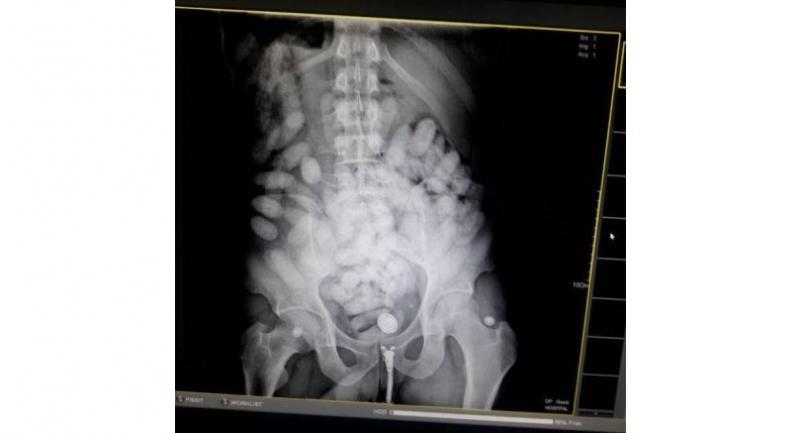 A Brazilian has been arrested after he allegedly smuggled cocaine into the country. An x-ray found that he had swallowed 100 packs of cocaine, totalling about 1.3 kilograms in an attempt to bring them into the country.

Acting on a tip-off, anti-narcotic police rounded up the suspect, identified as Paulo Henrique Pires Naschimento, as he was picking up his luggage at a belt inside Suvarnabhumi Airport at about 8.30pm on September 6. He travelled on an Ethiopian Airline flight from Ethiopia.

An X-ray found 100 oval-shaped objects inside his body. Police said he confessed to swallowing the packed cocaine while in Ethiopia and was supposed to meet a man who would pick up the drug in Bangkok.

He then brought police to a hotel in Soi Sukhumvit 64 where he would meet the contact.

Then the second suspect, Coleta Elsonias, who was later found to be staying in the same hotel, visited Naschimento at his room and gave him some milk to help him release the cocaine.

The first suspect then told Elsonias that he already evacuated the drug out of his body. Elsonias then came back to get the drug at Naschimento’s room when he was arrested. The second suspect refused to talk to police.