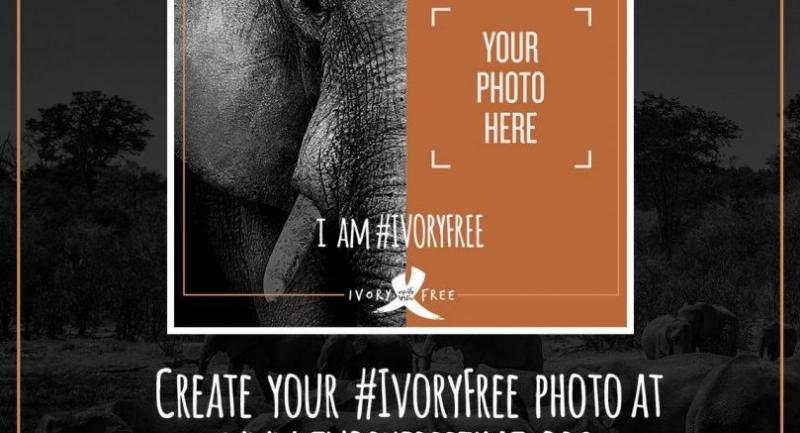 More than 30 Thai celebrities and some of the country’s most influential personalities have joined WildAid and USAID Wildlife Asia’s joint campaign, called “I am #IvoryFree,” to deter the purchase of ivory in Thailand.

Due to the global demand for ivory, up to 33,000 elephants per year are killed for their tusks. Many governments around the world have recently banned domestic sale of ivory and others are working to do the same.

Elephants are revered in Thailand as an integral part of Thai beliefs and culture. There is considerable national pride and heritage associated with protecting elephants and the Thai government has taken several steps towards this goal, including introducing the elephant ivory act and prohibiting the sale of African elephant ivory.

“I am #IvoryFree” is an online public declaration to never buy, own or accept ivory as gifts, and an acknowledgement that ivory belongs only to elephants. The innovative campaign aims to raise awareness on how a consumer’s demand for ivory fuels the elephant poaching epidemic. It also builds upon the rigorous actions that the Thai government has taken to comply with the country’s National Ivory Action Plan in the past few years.

Although there has been a 96% drop in the number of ivory products available at retail markets in Thailand, according to a 2016 TRAFFIC report, more than 2,500 ivory products have been seen for sale online through Facebook and Instagram, raising concerns of a shift from offline to online markets.

As long as the demand and acceptance for using and wearing ivory exists in society, the extinction threat will loom over the world’s elephants, WildAid warns.

“Reducing demand for ivory is key to ending the elephant poaching crisis. With the public more aware of the bloodshed driven by the ivory trade, we will see less tolerance for ivory in society and much less demand. When the buying stops, the killing can too,” said John Baker, Managing Director, WildAid.

To support the notion that #IvoryFree should be the new norm around ivory, WildAid and USAID Wildlife Asia invites members of the Thai public to join in showing their support by creating their own Ivory Free photo at www.ivoryfreethai.org and posting the image to their social media profiles with hashtags including, #IvoryFree #ไม่เอางาไม่ฆ่าช้าง. Participants can select their Ivory Free message, highlighting the three main drivers of ivory consumption in Thailand: status symbol, spiritual beliefs and rare beauty.

“This campaign shows that the Thai public is doing what it can to help save elphants from the poaching crisis. We are hopeful for the current government to reconsider its stance to gradually ban all ivory trading in the country, making Thailand truly Ivory Free,” added Baker.