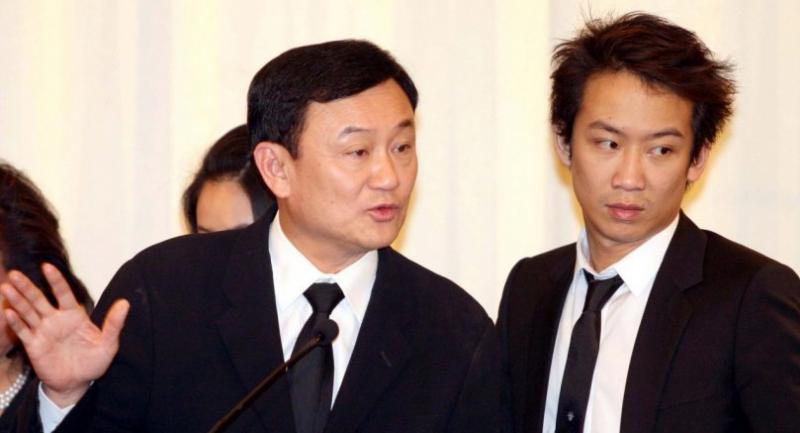 THE ANTI-MONEY Laundering Organisation (AMLO) has filed a complaint with the Department of Special Investigation (DSI) against Panthongtae Shinawatra, son of ex-premier Thaksin Shinawatra, in a money-laundering case connected with the multi-billion-baht loan fraud linked to the state-owned Krungthai Bank.

The money-laundering charge is also connected to an earlier corruption case in which Thaksin was accused of abusing his power while in office by ordering Krungthai Bank’s top executives to extend a Bt9.9-billion loan to the real estate group based on highly inflated collateral.

Earlier, Viroj Nualkhae and Suchai Chaovisit, former top executives of Krungthai Bank, were sentenced to 18-year jail terms by the Supreme Court for their roles in extending massive loans to companies affiliated with Krisada Mahanakorn Group.

The AMLO chief said his agency had already forwarded documents and evidence, including those related to Panthongtae and other people’s financial records, to the DSI for further action.

A former deputy DSI chief previously said he had been recently transferred to an inactive post at the Prime Minister’s Office after refusing to file money-laundering charges against Panthongtae due to insufficient evidence.

Panthongtae also wrote on Facebook last week that there was a government witch hunt in the case against him, in which he said there were more than 300 financial transactions involving many people and organisations that had not been investigated. Regarding the Bt10-million cheque, he said the amount was “tiny”, representing only a 0.1 per cent of the entire amount at issue, and that he had already returned the money.

At this stage, the AMLO chief said it was the duty of the DSI to pursue the money-laundering case against Panthongtae.

He said the case had a 10-year statute of limitations so authorities were empowered to seize more assets if they were found to be owned by convicted suspects.

Chaiya also referred to another case in which a group of suspects alleged operated “zero dollar” tour programmes for Chinese tourists wanting to visit Thailand by offering unusually low-priced packages.

The visitors then were allegedly lured into buying expensive items and services while on holiday.

Chaiya said the civil case against suspects was separate from their recent acquittal by the Criminal Court, since the case could be reviewed by the Appeals and Supreme courts.

The suspects’ assets have already been seized by AMLO based on the anti-money laundering law.

He also cautioned that excessive powers could corrupt authorities so there should be a fine balance on the issue.