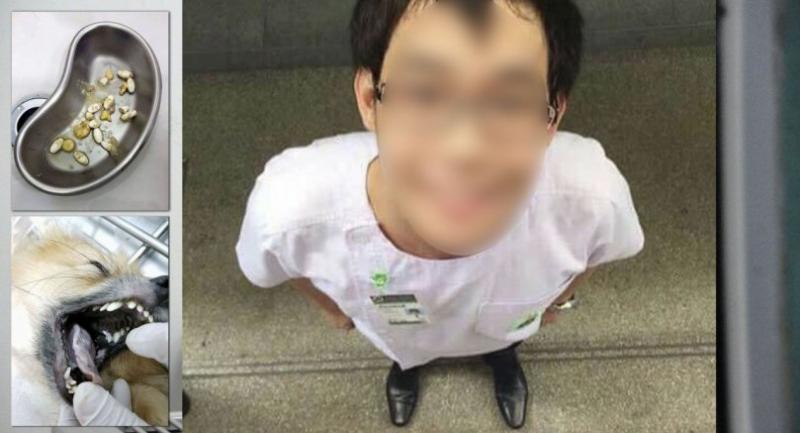 A medical student who allegedly poisoned dogs in the hope of claiming compensation could face an arrest warrant if he fails to meet police after being summoned twice.

If he fails to report himself twice, he would face an arrest warrant as police suspect he may try to escape.

However, with two days left before the first summons date, police have not yet been able to contact the student whose name was withheld.

“Police called the student but no one answered and sometimes his telephone was turned off,” he said, adding the student can meet the police before the set date.

The summons were issued after a transportation company, hired by him to transport his pet Pomeranian to a vet clinic in Nakhon Ratchasima province, accused the student of fraud after the dog died allegedly because he overdosed it with human medicines.

He then demanded that the transport firm pay an insurance compensation of Bt50,000.

The Livestock provincial office in Nakhon Ratchasima also filed a complaint with police there to take legal action against the student for alleged animal cruelty.

Several people have recently come forward, recounting alleged attempts by the student to defraud them. Some have already filed complaints with police accusing the student of trying to demand compensation in excess of Bt10,000 for the deaths of his two dogs. An autopsy of one of the dogs suggested that it might have been poisoned. After a report on the alleged poisoning was circulated on social media, animal lovers also lodged complaints of animal cruelty against the student.

The Mahidol University’s Faculty of Medicine Siriraj Hospital, where the student was studying, decided to suspend the student from his studies until the ethical investigation concludes.

Faculty dean Dr Prasit Watanapa told a press conference that if the student were found guilty of criminal offences by a court, the faculty would propose that Mahidol University terminate his status as a student.

According to the faculty’s deputy dean Dr Rungnirand Praditsuwan, the medical student started showing some minor symptoms of mental health problems during his third year of the six-year medical programme. “But those symptoms were initially not serious. He could still further his studies until he entered his sixth year here,” Rungnirand said.

However, during his sixth year, the student failed to pass several subjects according to the assessments of resident doctors, while a follow-up analysis indicated the failure was related to the student’s mental condition.