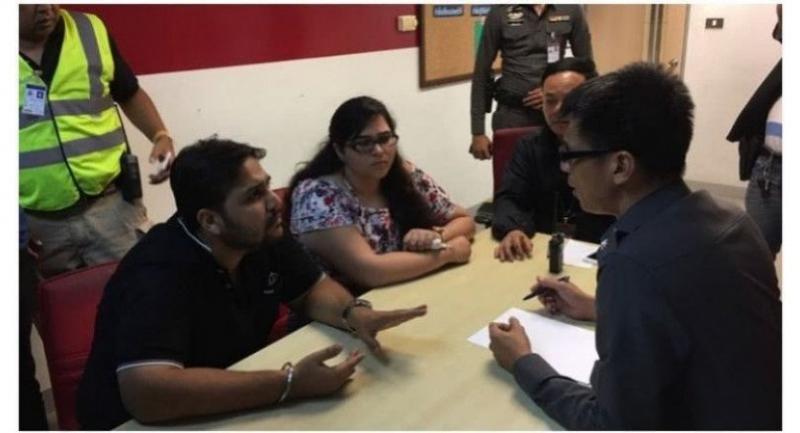 Police on Thursday reported that a bomb scare on a Jet Airways flight bound for Bangkok from New Delhi apparently resulted from a miscommunication after a passenger found a mobile phone in the storage space in front of him.

The incident resulted in Suvarnabhumi Airport activating its emergency plan.

Deputy police spokesman Pol Colonel Krissana Pattanacharoen said the disruption on Flight 9W066 from New Delhi was just a miscommunication and asked the public not to panic.

The India Times reported earlier that the flight crew thought the device might be a bomb component and sent a distress message to Suvarnabhumi International Airport including the code “7700” signaling an emergency situation after entering Thai airspace.

Krissana said Suvarnabhumi Airport then activated an emergency plan, which included isolating the aircraft, deplaning passengers, and searching them and their belongings including luggage. A bomb squad was called in to check for explosives.

After determining that there was not a threat, police interviewed an Indian couple that found the phone. They said they were on their way to Thailand for a holiday and they had discovered the mobile phone in a bag in the seat pouch in front of their seats. They gave it to a flight attendant so that he could return it to the owner.

The flight attendant found a message on the phone, saying “Downloading. Don’t turn off the phone”, Kissana said. The attendant then talked to the captain, and they determined the device was suspicious and warned the airport of a potential bomb threat.