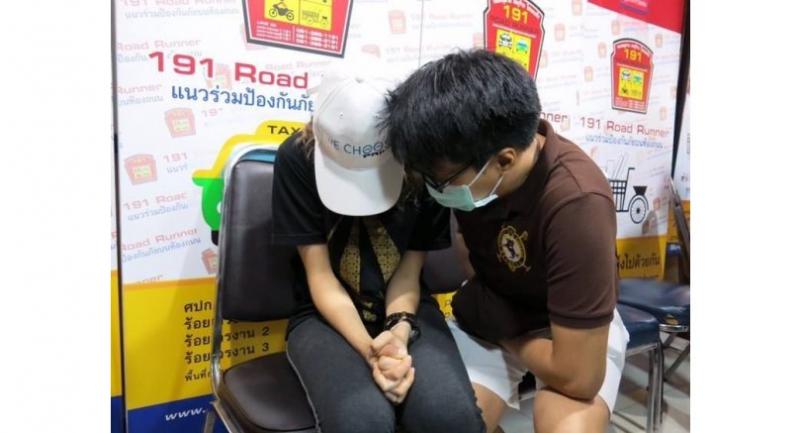 Sompop Sangkotkaew said although Amelia appeared under stress, she managed to eat her first breakfast in the prison. Her first meal in jail was a bowl of boiled rice, the prison chief added.

Amelia and her boyfriend were arrested early on Tuesday morning in Bangkok’s Sai Mai district on drugs charges.

On Thursday, the Criminal Court approved a police request to continue detaining Amelia and Poonyawat Hirantecha, her boyfriend, for 12 days pending further investigation before they would be charged in court.

They were sent to the remand prison after the court approved the detention.

Sompop said the two were interviewed by prison officials to find out whether they have special medical needs. They do not, he said.

Regarding concerns that Poonyawat might not be safe in prison because he has rivals, Sompop said prisoners on remand are kept separate from convicted inmates. A system is in place to ensure the safety of inmates, Sompop said.

Sompop said Poonyawat has a record of once being jailed in a drugs case.