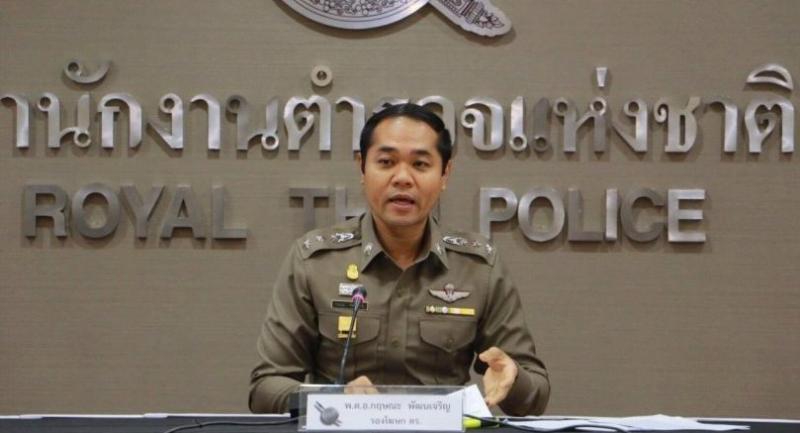 A Bangkok policeman, who was allegedly caught during a raid of a gambling den last week in Bangkok’s Bang Khen district, has been transferred to the Metropolitan Police Area 2 pending disciplinary and criminal investigations, deputy national police spokesman Colonel Krissana Pattanacharoen said on Monday.

The unnamed lieutenant colonel attached to the Sutthisan Police Station was being investigated by a fact-finding committee to determine why he was at the gambling den, Krissana said. The transfer was meant to prevent the officer from interfering with the investigation, he added.

“This is an individual matter, as the accused officer wasn’t there by a supervisor’s order and this has nothing to do with the Royal Thai Police,” Krissana said.

On September 21, Pol Maj-General Surachet Hakpan, chief of 191 Patrol and Special Operation Division, led the raid to round up 10 gamblers and seize gaming paraphernalia.